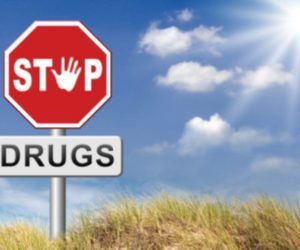 Teenage drug use rates fluctuate according to what type of drug is used. The National Institute on Drug Abuse (NIDA) conducts surveys to determine what trends are taking place yearly by teenagers. The NIDA website has graphs that reveal yearly drug trends and according to this information, it appears that teenage drug use increases from 8th grade up to 12th grade. The good news is that overall drug use is declining among teenagers. Listed below are some of the most popular drugs used among teenagers today:

Experimenting with alcohol is quite common among teenagers and parents need to be aware that it is happening at a younger age than ever before. According to Harvard Medical School reports, the average age for boys to experiment with alcohol is 11 and for girls, 13. Studies show those who experiment with alcohol before the age of 21 have higher reports of attempted suicide, risky behavior and sex with multiple partners. While alcohol is still quite popular among teenagers, a recent NIDA survey reports that alcohol use among this group actually declined in 2014.

The report indicates that usage among eighth graders was 9%, tenth graders had a usage of 23.5%, and 37.4% among twelfth graders. These percentages show a considerable decline since 2009. The rate in binge drinking, which is having five or more drinks in a row, is also declining over the past two years.

Tobacco use is still considered an epidemic in the United States. According to the CDC, 9 out of 10 cigarette smokers tried smoking before the age of 18. In addition, every day in the U.S., almost 4,000 young men and women under the age of 18 will try smoking. While still popular, the NIDA survey mentioned above reports that tobacco usage is down significantly and is at its lowest rate in U.S. history. Among eighth graders, 1.4% smoke tobacco daily and twelfth graders are at 4.4%.

Other types of smoking have become popular among teens such as using e-cigarettes and hookahs. Hookah use has increased 22.9%. This is the highest percentage reported since 2010. The survey shows that 8.7% of eighth graders, 16.2% of tenth graders and 17.1% of twelfth graders use a hookah.

Marijuana use remained consistent even though the perceived risks of marijuana use seem to have diminished with the drug being legalized in some States of the U.S. The new legislation poses marijuana as not being a risk but actually being beneficial in treating specific health problems. The NIDA survey reported 6.5% usage among eighth graders, 16.6% among tenth graders and 21.2% among twelfth graders.

Approximately 6% of high school seniors reported using marijuana on a daily basis and 81% of teens said that the drug was easily accessible. The use of synthetic cannabinoids, often called synthetic marijuana, has shown to be declining in recent surveys.

Vicodin is one of the most popular painkillers in America. Despite the knowledge of how addictive Vicodin can be, one in five high school students have tried the drug. With that being said, the overall non-medical use of prescription drugs is on the decline among teenagers, with the use of the opioid drug Vicodin decreasing over the last few years, according to NIDA. Other opioid drug use has also dropped from 7.1% in 2013 to 6.1% in 2014.

Stimulant drug usage such as Adderall and Ritalin remained consistent in 2014 with usage at 6.8%. There has been a decrease in the perceived risks of taking these drugs among teens. In 2009, 69% of teens thought there was a risk in taking stimulants. In 2014, 55.1% of teens thought using stimulants posed a risk. Many teens are also forthcoming about the fact they are able to easily access these drugs from friends and relatives.

Teenagers in increasing numbers abuse MDMA, also known as “Molly” or “Ecstasy”. Recent studies show that 5% of tenth graders and 7% of twelfth graders have used it. Methamphetamine is easily accessible to teenagers and the cost is low. It is a powerful, highly addictive stimulant. Long-term use will result in permanent physical and mental damage.

As of 2014, heroin use remains low among teenagers although it has increased in usage among people 18 years of age and older causing its use to become a national epidemic.

Salvia, an herb and hallucinogenic drug, is one of the newer rising stars of the drug world. While exact usage figures are unavailable, Salvia is becoming better known and more popular among teenagers. Some teens admit to buying the herb at head-shops or online. Parents are urged to monitor any packages received from overseas, as this is one of the main transmissions of Salvia.

Bath Salts, a synthetic drug, contain MDPV, a chemical that works similar to cocaine but is ten times stronger. According to the NIDA survey, the use of Bath Salts was happily in decline among teenagers.

Flakka is a new designer drug created in a laboratory and it poses a very real threat to teenagers because it is easily accessible and cheap. Flakka causes bizarre and violent behavior, hallucinations and psychosis. It is more potent than crystal meth and cocaine.

Anabolic steroid use among teens is prevalent among those who engage in activities such as gymnastics, wrestling, bodybuilding and dancing. Many users are athletes who need to lose weight and tone up muscle. Many teens that have a poor body image will use steroids thinking it is a quick fix to their problem.