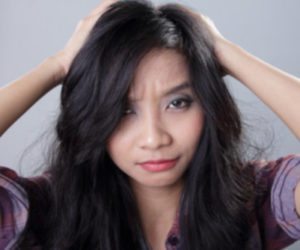 Borderline personality disorder (BPD) is a serious diagnosable mental illness that is exhibited by unstable behavior, moods and relationships. People with BPD have difficulty regulating their thoughts and emotions, and that often leads to impulsive and reckless actions. The disorder usually expresses itself during the teenage and young adult years, but strained social interactions and a distorted self-image are usually evident before then. BPD is a perpetual pattern of thought and behavior that is considered extreme and abnormal within the social and cultural context.

Most sufferers of BPD also have co-occurring disorders like anxiety, depression, eating disorders, substance abuse, harmful self-infliction, and suicidal thoughts and actions. There are notable gender differences among individuals with BPD. Women are more apt to have co-occurring disorders like anxiety, depression and eating disorders, while men usually have anti-social personality disorder and substance abuse issues. Approximately 85% of individuals diagnosed with BPD have another co-occurring mental disorder. There are also specific biological illnesses that co-occur with BPD and they include: fibromyalgia, high blood pressure, diabetes, arthritis and chronic back pain. These illnesses are often indirectly caused by the medications that are used to treat BPD and other mental disorders.

Research is still being conducted to determine the cause of BPD but there is a strong consensus that environmental and hereditary factors are at the forefront of the illness. By studying the genetic components that help to regulate emotions and impulse control, scientists believe that a person’s temperament and personality traits are inherited. Environmental factors may also induce the expression of BPD. Living in an unstable family environment where relationships are fractured, causing fear and stress, may increase a person?s risk for developing the disease.

To be diagnosed with Borderline Personality Disorder an individual must persistently exhibit at least five symptoms of the disorder. Symptoms of BPD are:

Individuals with BPD are highly sensitive and reactive to changes in their environment. If they feel threatened with abandonment by separation or rejection they may react with feelings of anger, panic, guilt and despair because of their fear of being alone. They will choose to stay in a dysfunctional relationship and endure physical and psychological abuse rather than be alone. Because individuals with BPD have difficulty securing relationships they may indulge in “fantasy” relationships with people they meet online or in clubs. They will opt for self-deception as their protection against loneliness. Because of their impulsive, risky behavior they are also more apt to become victims of rape, violence and other crimes.

People with BPD may inflict self-harm in the way of cutting, hitting, head banging, burning etc. It is believed that these behaviors are expressed as a way to regulate their emotions, punish them self or express their pain. They are also plagued with suicidal thoughts and may threaten to act them out. Suicidal attempts are a dangerous aspect of any mental illness, and approximately 80% of people with BPD exhibit suicidal behavior with up to 9% committing suicide annually. There are specific therapies available to treat suicidal behavior. Dialectical behavior therapy has been shown to greatly reduce suicide attempts and when partnered with other counseling therapies has been most effective in treating suicidal issues.

Cognitive behavioral therapy helps the individual with BPD begin the process of changing negative thought and behavior patterns into healthy, positive ones. It will teach the individual that they are worthy of love but it has to start with them. They will learn to love and respect them self first and then they will be ready for other relationships. By discovering their own inner strength they will learn how to enjoy other relationships without having to sacrifice their sense of self. They will be released from trying to externally control their environment because they are now in control of them self.

There are medications and other effective psychological therapies available to treat someone who suffers from BPD. Overtime they will learn more about their disorder, them self and other people. They will acquire new skills to effectively manage and cope with their disorder and they will begin to live a happy, productive life.