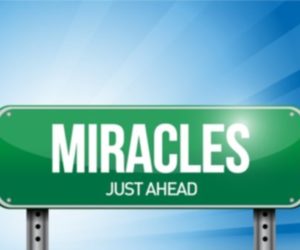 Many people were stunned and saddened last week when news broke of Lamar Odom being found unconscious around 3:15 p.m. at the Love Ranch brothel in Crystal, Nevada, on Tuesday, October 13. It has been reported that brothel employees found him lying in bed on his side with a white and pinkish fluid flowing from his nose and mouth. When the ambulance arrived, he was taken to a nearby hospital, where he was then intubated and transferred to Sunrise Hospital in Vegas. Within the next few days following the event, news would break that Odom was taking numerous herbal sexual performance supplements in addition to cocaine.

Doctors believe Odom may have suffered an ischemic stroke, cause by a blood clot that prevents blood flow to the brain and typically the type of stroke seen with cocaine overdose. Cocaine can cause changes in the function and structure of the brain. It can also cause the user a wide variety of adverse side effects including abnormal heart rhythm, heart attack, increased blood pressure, etc.

Police are still investigating the incident and trying to determine what type of herbal sexual support supplements were taken and if any other illegal drugs were used. According a 911 recording, Odom allegedly took Reload, a strong 72-hour sexual enhancement supplement for men. Reload was part of an FDA warning to consumers in 2013, which stated it contained sildenafil, the active ingredient in Viagra. The ingredient wasn’t listed on the label of Reload at the time and the FDA believed it could interact poorly in one’s system if other drugs were used or if the user had certain medical issues.

Other popular sexual enhancement supplements include 3 Hard Knights and Happy Passengers, though there is no evidence that Odom used any of these. Dr. Irwin Goldstein, a sexual dysfunction physician in San Diego, told CNN this past weekend that many herbal sexual enhancers are often tainted and can contain printer ink, pesticides, heavy metal, commercial paint and other unwanted ingredients. Though touted to be “natural,” many are not. According to the New England Journal of Medicine, approximately 23,000 people wind up in the Emergency Room because of complications from taking dietary supplements, with sexual enhancement products accounting for almost 4 percent of those visits.

On Friday, it was announced that Odom woke up from a coma and passed a swallow test after doctors removed his breathing tube, all very good news. He is still listed in critical condition and it not out of the woods just yet. It has been reported that his vital organs did suffer some damage due to the drugs he used. The former NBA champion and L.A. Lakers star has been communicating using hand signals and mumbling, all good signs that he is slowly beginning to recover.

Friends and family members state they would urge Odom to stop using cocaine when he does recover. Detoxing from the drug can produce unpleasant side effects that can last up to two weeks and detox should be completed under the care of medical supervision. Depending on the amount and length of time Odom was using cocaine, detox symptoms can include chills, pain, anxiety, paranoia, body aches and intense drug cravings.

For now, Odom continues to receive oxygen and be assessed for brain and organ damage from last week’s incident as he begins the recovery process.