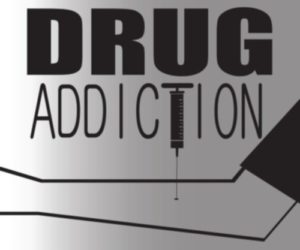 Wes Bentley, a regular on the television show American Horror Story: Hotel, experienced success as an actor at a young age. Bentley was born in Arkansas and is the son of a minister. He led a pretty normal life and wanted to pursue a career in acting. Bentley spent one year at the Julliard School in New York before he was launched to international stardom for his performance in the film American Beauty. He claims that he was too young and naive about Hollywood to handle his success at the young age of twenty-one. Finding himself in unfamiliar territory with the added pressures of success, is what Bentley states led him to start using drugs. His addiction to cocaine and heroin began soon after he started to use them.

Bentley lost over 9 years of his life to drug addiction, which also cost him his first marriage and legal problems due to credit card debt. By 2009, Bentley was strung-out on drugs and his career had taken a full halt. His best friend, Heath Ledger had died the year before from a prescription drug overdose. Bentley knew that he would die if he did not get help. He recalled a colleague he had worked with on a film who had shared his story of recovering from drug addiction. The colleague had a strong zest for life and that is what had touched Bentley to his core. He wanted that excitement for life again himself. Bentley made the decision to get help and started a detox program. He also began attending daily 12-step meetings to help him stay on track.

Bentley is candid about his abuse of cocaine and heroin, and openly admits that he was having an identity crisis at the time of his initial success. He was not secure and grounded in his true identity, and instead he confused his identity with the character roles he played as an actor. He started believing his own press and thought he was who the public identified him as. Bentley also believed that by doing drugs and alcohol he could expand his creative horizons. Of course, nothing could have been further from the truth.

Bentley is now back on top of his game and he feels that he has been given a second chance at life. He openly talks about his heroin addiction because he knows that many people do not believe that it is possible to quit a heroin addiction. He wants heroin addicts to know that they too can get help and recover from addiction. Bentley now identifies himself as a recovering heroin addict, living a sober life with his second wife and two children. His is busy acting in new roles and enjoying his life again.

Recovering from heroin is a life-long process. Many recovered heroin addicts struggle on a daily basis to stay sober. Some addicts think that after years of being clean, using heroin one time would be okay. That is not true. The options for heroin addicts are: use heroin, be clean or possibly die from heroin. Using heroin may lead to death, so ultimately there are really only two options.

Heroin is a highly addictive opioid drug that is processed from morphine. Heroin is both physically and psychologically addictive, and gives the user a short-term surge of euphoria followed by cloudy thinking. Some effects of heroin addiction are: a depressed central nervous system, skin infections, nausea, collapsed veins, HIV, AIDS, sedation, breathing problems, hepatitis, lung infections, reduced pain and anxiety, bacterial or viral infections and death by overdose.

Recovering from heroin begins with a detox program that may be medically assisted. The next stage of treatment is the participation in therapy programs, which aim to build up self-esteem and motivation to get well. Cognitive behavior therapy will assist the patient in learning new skills to cope with cravings and urges. The patient will also learn to modify their behavior to be able to manage negative thoughts and emotions. Learning how to create a healthy, holistic lifestyle is another tool is recovering from heroin addiction. Many people are walking testimonies of heroin recovery. It is possible and there is hope.