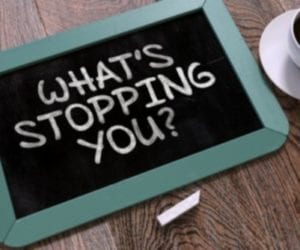 Many individuals whose lives could be restored by drug treatment often refuse help or don’t seek it out.  Those who don’t often battle the disease indefinitely, try to stop drug use on their own or eventually die from the accumulated effects of addiction. According to the National Survey on Drug Use Health (NDSUH) in 2012, over 20 million Americans with a drug or alcohol addiction did not receive medical attention at a hospital, mental health facility or drug treatment center. Addiction is a complicated illness, and the path from dependence to sobriety is often fraught with challenges to overcome. Many who avoid going to rehab are either in denial or are afraid of withdrawal symptoms or how they’ll feel once they get there because they don’t remember the last time they were sober.

These five reasons why addicts avoid rehab are just some of examples of myths and misconceptions of many Americans. All of these avoidance techniques put people at risk.  The NIDA explains that drug treatment helps people stop using the drugs that they are addicted to and provides resources that help them to achieve the ability to stay sober. And, because drug abuse affects people on so many levels in their lives, treatment must be comprehensive and evidence-based to effectively address the bio-medical issues, mental health problems, and all other critical areas of the individual’s life that drug abuse derails.