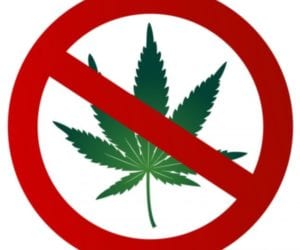 February is Marijuana Awareness Month, and the drug is still a controversial subject of much debate. Getting the facts about the drug is essential to making the right decisions regarding its use. Marijuana Awareness Month is focused on increasing awareness about cannabis by presenting the facts regarding it. Marijuana is known by many names on the street such as Mary Jane, weed, dope, cannabis, herb, pot, tea, grass, reefer, bud, Ganja, skunk, and more. The drug comes from the leaves, seeds, stem and dried flowers of the hemp plant Cannabis sativa and can be smoked, vaped, eaten or brewed as a tea. Smoking marijuana may cause the development of lung disease and cancer, in addition to subjecting its user to both short and long term side effects.

Statistics show that about fifty percent of daily users will become addicted to the drug, which adversely affects the brain’s reward center. Marijuana is the most used illicit drug in the U.S. and approximately twenty million people reported using the drug in a 2013 National Survey. The use of this drug is increasing in the U.S. and is causing a rise in marijuana addiction also. Use among teens and young adults is widespread. The popularity of the drug is attributed to the perceived myth that the drug is harmless because of its recent legalization in some States. Also, the decriminalization of medical marijuana used to treat cancer, glaucoma, epilepsy and AIDS adds to the myths of safety issues.

The Chemical Makeup of Marijuana

There are two psychoactive compounds present in marijuana, and each one affects a person differently. The first compound, Tetrahydrocannabinol (THC), causes changes in visual perception, which is the first stage of memory formation. THC causes feelings of euphoria, an increase in appetite, paranoia, psychosis and dependency on the drug. It also causes the malfunction of cognition and impairment of intelligence, memory formation and brain neuro-transmissions. THC is stored in the fat cells of the body and is released slowly, causing higher levels to remain in the body. Cannabidol (CBD) is the other compound found in cannabis. This compound increases the naturally occurring cannabidoid levels in the brain that are responsible for normal brain development. It causes a relaxing, anti-anxiety sensation in those who use it. CBD protects against dependency, psychosis and cognitive impairment, and acts as a counter-balance to THC. Unfortunately, new strains of marijuana have much higher levels of THC and very low levels of CBD. The higher levels of THC are making the CBD of no effect, and it is causing higher rates of addiction.

Marijuana may cause damage to cells and tissues of the body that can result in weakening the immune system and causing the body to become more susceptible to communicable diseases. Chronic use has a negative affect on the fertility of both sexes. It affects the female ovulation cycle and lowers the sperm count in men and can cause erectile dysfunction. Marijuana use among the young causes abnormalities in the brain. The drug has been shown to alter the areas of the brain that are related to motivation and emotions. It also puts teenagers at risk of developing addictive behaviors well into adulthood. Imaging studies were performed on adolescents who were regular users of marijuana. These images revealed that neural connections in specific brain areas were impaired. These areas were involved with a wide range of brain functions such as: learning, memory and impulse control. The National Institutes of Health (NIH) is conducting studies using neuro-imaging and other technology to determine how marijuana and other drugs affect adolescent brains. The damaging effect of the drug on adolescent brains is shown to be more severe in females. The effects are poor attention, reduced IQ, executive dysfunction, cognitive disinhibition and abnormal brain activation. People who are regular users have less neuronal efficiency.

Marijuana Awareness Month is the time for someone who is addicted to it to consider getting help. Recovery from addiction starts with being detoxed from the drug. Withdrawal symptoms can be both physical and psychological. Behavioral and psychological therapies are used as treatment and may include Cognitive Behavioral Therapy, Motivational Enhancement Therapy and Contingency Therapy.