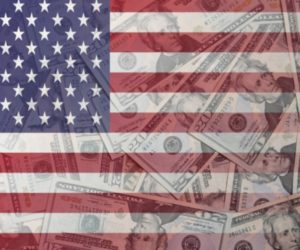 Concerns over the number of people who die annually because of opioid medications prompt a proposal from the White House for extra funds to help curb this epidemic. During an appeal for an extra 1.1 billion dollars to help curb the scourge of drug addiction, President Obama said he was stunned by the statistic that more people die annually in America from drug overdose than in motor vehicle accidents. Most of these deaths, he inferred, involved legal prescription drugs. As outlined in the white house proposal for new funding for heroin and prescription drug abuse the funds will be used to…

Studies show a direct link between the medical and non-medical use of prescription medications and heroin abuse. According to the Centers for Disease Control and Prevention (CDC), in 2012 more than 259 million prescriptions were written for Americans by their health care providers. The link between prescription drugs and heroin was attributed to the increase of drug overdose deaths that occurred following that alarming dispensation of opioids.  Based on CDC records. at least 8,200 people died from opioid-related overdose in 2013.

Although no one or area of the country is immune to drug addiction and overdose deaths, some areas have been impacted more than others such Ohio, Kentucky and New Hampshire. Republic Senator Rob Portman from Ohio observed that the bill was the only bipartisan legislation that includes a comprehensive and evidence-based approach to help communities like his to combat this epidemic.

If approved, delegation of the $1.1 billion dollars proposed by President Obama will occur over a two-year period. Government officials say the need for services is twice as much as is currently available. This initiative, if successful will also help to fill the gap presented by the number of people who do not have access to treatment right now.

Director of National Drug Control Policy at the White House Michael Botticelli, alluding to a number of stories of people who found it difficult to get the treatment they needed said the goal is to have treatment that is available on demand.

According to Portman, who just happens to be one of the authors of the bill, it is supported doctors, nurses, first responders as well as those in recovery and other experts in the field. Although not all of the proposed bill is expected to be approved by Congress, the drug epidemic has touched so many people’s lives on so many levels that, many believe, will make a difference in garnering greater bi-partisan support.