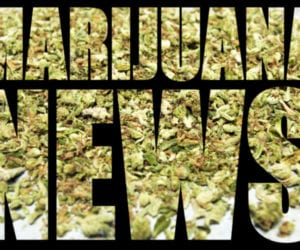 Marijuana is the most abused illegal drug in the U.S. and its use was estimated to be about 4.2 million people in 2013. The drug consists of the dried leaves, flowers, stems and seeds of the hemp plant that can be smoked, vaped, eaten or brewed as tea. Addiction occurs in up fifty percent of people who use marijuana on a daily basis.

Marijuana contains two psychoactive compounds that affect a person in different ways. THC (tetrahydrocannabinol) is one compound that creates feelings of euphoria and changes visual perception, which is the first stage of memory formation.  Because of this, long-term use of marijuana disrupts the normal functions of cognition and memory formation. THC causes an increase in appetite, paranoia, psychosis and dependency on the drug. Because THC is stored in the fat cells of the body, it is released slowly while high levels of the compound remain in the body.

Marijuana that has been confiscated by law enforcement reveals that THC levels in the drug have been rising over the years, and this is causing great concern regarding addiction. A new way of smoking or eating marijuana is called dabbing and involves using the THC saturated hash oil that is extracted from the hemp plant. The hash oil contains about fifty to eighty percent of THC. The other compound in marijuana is CBD (cannabidiol) and it protects the user against dependency, psychosis and cognitive impairment.  The recent high levels of THC in marijuana are working against the lowered levels of CBD in the newer strains of the drug and cancel out any protective benefits.

Marijuana abuse has many adverse effects on the body and mind of the user. The drug has clearly shown that it can cause a decrease in the volume of the striatum and thalamus areas of the brain. These are the areas of the brain that involve the processing of learning and memory formation and activity. Research shows that there are physical abnormalities in the brain that are similar to the brains of schizophrenics. Long-term abuse of marijuana causes schizophrenia and also raises the risk of developing other mental disorders such as anxiety, depression, psychosis and suicidal ideation.

Marijuana also causes adverse effects on the brains of adolescents. It impairs thinking, problem solving, memory and body movement. Research has shown that people who start using marijuana in their teens lose an average of 8 points in their IQ tests by the time they are thirty years of age. When marijuana use was stopped by people in their thirties, no improvement occurred. The National Institute on Drug Abuse (NIDA) states that marijuana use in adolescents may cause permanent brain damage.

The physical effects on the body of a marijuana user include a rapid heart rate that may cause a heart attack. Respiration is also affected and may cause fainting and falling. Long-term use of the drug is associated with chronic respiratory infections and pneumonia. And research has shown that there is a link between marijuana use in adolescents and an aggressive form of testicular cancer.

Marijuana abuse has many visible signs, which include increased appetite, poor coordination, rapid heart beat, bloodshot eyes, memory impairment, loss of control and slow reaction time. The drug affects mood and social behavior and people who are addicted to marijuana may exhibit a compulsion to get and use the drug. Addiction can cause a break-down in daily functioning that will affect family, school and work dynamics. Marijuana is regarded as a “gateway” drug that de-stigmatizes drug use and may cause a person to become more vulnerable to using other illicit drugs such as cocaine, heroin, amphetamines or hallucinogens.

Medications are available to help treat withdrawal symptoms. Psychological and behavioral therapy are also important aspects of the recovery process, as is group and family counseling. Some rehab centers offer alternative therapies for the patient to enjoy and benefit from. Help is available to anyone who needs to recover from marijuana addiction.