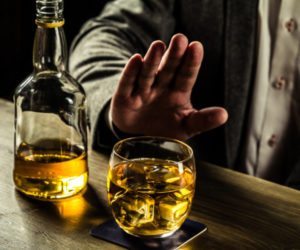 Moderation management is often touted as the most sensible way to prevent alcoholism. Since it is legal for adults to drink and alcohol is made available at most social venues, total abstinence often seems ludicrous for some.  However, in a new study by drug experts, alcohol was found to be more harmful than heroin and crack cocaine.  This supported a widely held belief that alcohol is an extremely harmful drug both to users and to society.

Although it is possible for some people to successfully practice alcohol moderation management, there are different dynamics that makes it impossible for a large percentage of society to regularly consume alcohol without suffering at least some of the consequences of alcohol abuse. The fact is, millions of people have been introduced to the dark side of addiction through recreational drinking. Experts say trying to practice alcohol moderation management is like occasionally playing Russian roulette.  As such, experts suggest taking a look at the following important reasons to avoid or give up alcohol.

10 Reasons to Say goodbye to Alcohol