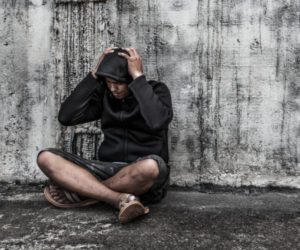 A new drug hitting the streets of America has been dubbed the deadliest drug trend since the 1980’s. The attributes of the drug known as W-18 is off the charts.  To begin with, it is considered to be 10,000 times more potent than morphine, 100 times more powerful than fentanyl and responsible for at least 270 deaths already.

Experts say W-18 is a synthesized opiate-based medication, that is chemically similar in structure to fentanyl. Like other pain medication, W-18 has a pain-killing function, but takes less to effect the same result than most drugs of its kind.  According to reports, W-8 was originally intended as a tranquilizer to subdue large animals such as a lion or an elephant.  According to reports, use of W-18 in the clinical arena was initially intended to provide relief as it metabolizes over a longer period of time. In this way patients received the benefits of the potency of this drug gradually.  However, since W-18 has segued into a recreational drug, if users consume the drug by crushing and snorting the pills, they experience the full impact and toxic effects that is significantly higher than the normal dose of other pain medications.

Epidemiologist at Nova Southeastern University in Florida explain that W-18 was developed as part of a series of the “W” series of chemical substances with numbers ranging from W-1 to W-32. However, of the series, research indicate that W-18 is the most lethal of the 32.  As a synthetic drug expert explains “if the analog is mixed with heroin, heroin just becomes the cause of death,” he said.

Today, law enforcement from Canada to the United States are extremely concerned that W-18 is being blended with heroin and sold to mostly unsuspecting consumers that has already been attributed to a number of deaths. Since a Florida drug dealer who was recently convicted for importing fentanyl also had 2.5 pounds of W-18 in his possession, the drug is now on the radar of Drug Enforcement Administration from Florida to Massachusetts.  However, since W-18 has not yet been listed as an illegal substance in America, consumers are being cautioned about their use of heroin blends that may contain W-18.  The current goal of the statewide narcotics task force is to counteract heavy distribution of the drug in order to reduce the number of fatalities that this drug has the potential to cause.

Experts say there are no tests currently available that can detect the presence of W-18 in urine or blood.  With the heroin death toll increased by 50% in the last two years, coroner’s fear that W-18 may also have been an undetectable factor in a number of these deaths.

The caveat to people in addiction using street bought heroin that may be cut with W-18 is that it may not respond to the opiate reversal agent Naloxone.  According to anesthesiologist Anita Gupta, MD, in recent months, heroin overdose patients that had received heroin spiked with a synthetic opioid additives were unresponsive to Naloxone administration. In Gupta’s opinion, she suspects that the heroin used by these patients were laced with W-18.  Also, recent incidents in Philadelphia where heroin overdose patients also failed to respond to the opioid antidote seems to confirm Gupta’s suspicions.  So far, there has been reports of at least 50 similar cases across the nation.

People in addiction to heroin are at serious risk of exposure to W-18. For now, getting into a treatment program that can stop habitual drug use is the best defense against exposure to powerful fentanyl and W-18 heroin drugs blends.