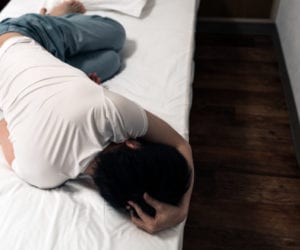 Codeine is a versatile substance that is marketed as both a single-ingredient drug and in combination with other chemicals. The diversity of formulations and perceived safety makes codeine one of the most popular opiate drugs on the market today.  These attributes however, can be misleading. Most consumers are unaware of the addictive potential of codeine or its potential to trigger withdrawal symptoms.  Since withdrawals are a major contributor to addiction, finding an answer to how long does codeine withdrawal last may help users to be better prepared to address these symptoms if they occur.

To answer to the question of how long does Codeine withdrawal last, research studies suggest that a number of variables come into play relative to duration of symptoms.  Based on information from the National Pain Foundation, withdrawal syndrome from opiates like Codeine results when brain and body dependence develops on the effects of the drug. The cumulative impact of prolonged use of cocaine has been shown to cause withdrawal symptoms in most individuals; whether the use period is short or long and if consumption of the drug is abruptly aborted or gradually reduced. Also, because Codeine is a short-acting opiate, withdrawals typically begin sooner than it does with other long-acting or slow release opiates like Oxycodone (Oxycontin), Methadone and Fentanyl.

Dependence or addiction to codeine, overtime, can cause an imbalance in important brain functions when the drug is withheld.  This imbalance may manifest in multiple ways such as stomach cramps, irritability, restlessness, nausea, diarrhea, vomiting, sleep interruptions and depression to name a few.  The level of severity of these symptoms is usually dependent on the duration of drug use and the amount consumed by the individual on a consistent basis.

For almost everyone, Codeine withdrawal syndrome typically commences with the most acute symptoms. These can begin as soon as 12 hours and up to 36 hours after the last dose.  Although the duration varies for each person, they typically last between three to five days with the most discomfort experienced during the first three days. The most painful symptoms usually peak by day three and for most short-term users end the codeine withdrawals for them.  Unfortunately, for those with a long-term addiction or dependence on codeine, studies show symptoms can last beyond three days or at least for five days although the severity of symptoms begin to dissipate after the third day.

People that have been consistently dependent on codeine for months or years can expect to experience a second stage and third stage of withdrawal symptoms. The second stage may last for up to two weeks.  Symptoms during this phase are usually not as severe and may include:

Depression remains the most concerning symptoms during this phase of Codeine withdrawals because of the potential to relapse or commit suicide.

The post-acute or third stage of codeine withdrawal is primarily psychological. The psychological reliance that develops during active addiction or consistent heavy use of codeine influences the thinking and feeling processes of an individual and tend to persist much longer than the physical symptoms. As the brain works to restore normalcy to disrupted chemical levels it may prolong the symptoms experienced in the second stage of withdrawals typically experienced by people in long term addiction to Codeine.  It is not unusual for these individuals to experience lingering low level restlessness, anxiety, depression and sleep interruptions for two to six months and, in some instances as long as two years. Even so, it is important to note that, especially with proper care, the severity of these long-lasting psychological withdrawal symptoms usually diminish dramatically over time.

It is possible to overcome even long term dependence on Codeine with appropriate treatment. Withdrawal symptoms often cause people to relapse and deepen the severity of this addiction. And, since, like other substances of abuse, effectiveness of codeine diminishes with repeated use leading to high tolerance levels. People in long term codeine addiction frequently transition to more potent and addictive opiates that can further damage their health.  As such, the greatest danger for prolonged codeine dependence is improper care of withdrawal symptoms.

The most common methods used to treat the psychological withdrawal symptoms includes cognitive behavioral therapy, motivational interviewing techniques, as well as individual and group therapy. The primary objective of these codeine addiction treatment methodologies is to prevent relapse and support long term sobriety.