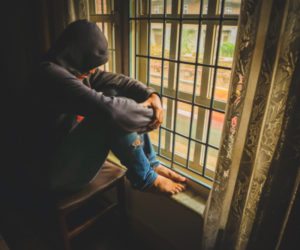 Cocaine is a potent, highly addictive stimulant drug that can stay in your system about two to four days or longer. Mostly used for recreational purposes in the U.S., the drug is popular among adolescents to adults from all walks of life. Cocaine can be snorted, inhaled or injected, and is a Schedule II controlled substance that produces pleasantly stimulating effects in the user. Someone who uses cocaine will feel euphoric and energized by the rapid release of dopamine into the brain. After using the drug some may wonder: how long does cocaine stay in your system? Effects of the drug and traces of it in the body can remain for some time.

A person on cocaine can experience the drug’s effects by an inflated ego and feelings of personal power. These feelings are not based on reality but are a temporary “smoke and mirrors” effect of the drug. But these effects will feel real and the user may behave in ways that they normally would not. People who want to lose weight may take cocaine because it is an appetite suppressant, and others may take the drug to stay awake longer to study for school or complete some other task that requires more time. Eventually cocaine will deliver its less desirable effects on the user with feelings of restlessness, paranoia, anxiety, irritability and panic.

You may be wondering just how long cocaine stays in your system. Cocaine can stay in the body up to four days, but chronic or long-term users will have a longer period of cocaine detection in their body that can last for months. Drug tests can still detect cocaine in the body from a week after use, up to three months later.

Cocaine can remain in your system for different periods of time, and may depend on how much or for how long you used the drug before the test; and also what type of test was performed:

The most preferred cocaine detection test is urine testing because it has a wider detection window than saliva or blood tests, and it is a non-invasive test. Blood testing is often used in situations of acute cocaine intoxication. Cocaine is primarily metabolized by your liver, which breaks down the cocaine into smaller metabolites to be transported or excreted by the body. One of the primary compounds of this process is benzoylecgonine, whose presence is measured in urine tests to detect the presence of cocaine in the body.

If you want to know how to eliminate cocaine in your system, there are a few things to consider. Various factors will affect how long it will take to rid your body of cocaine, such as age, gender, frequency of use and your body’s metabolic rate. While some people use pills, teas or other forms of products to remove cocaine out of their body quickly, side effects can occur. Your safest bet is to detox the drug out of the system under medical supervision.

Many people can rid their body of cocaine in about 12 hours to a few days after use, depending on how much and how often you used the drug. How long does cocaine stay in your system depends on if you also used other drugs or alcohol along with the cocaine, in which case the elimination process may take longer.