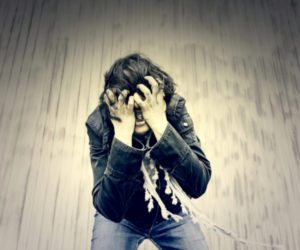 Learn about DMT abuse and addiction and how rehab could help you.

Most people are probably not as familiar with DMT abuse and addiction as with drugs like cocaine or painkillers. The drug though is a psychedelic drug that has been around for many years and seems to be gaining popularity. The substance DMT (N-dimethyltryptamine) is derived from South American plants and has been used in religious and other traditional ceremonies. The drug can be snorted, smoked, injected or brewed in a tea called Ayahuasca.

DMT is a potent hallucinogenic drug with street names like fantasia, Dimitri and “the businessman’s trip”. Although the drug occurs naturally, it is also produced in labs for the illicit market. DMT alters brain chemistry, such as acetylcholine and serotonin levels, that cause differing effects in each user. Some of the adverse effects of the drug may include an altered sense of self and altered sensory perception of sight, sound, touch, smell and taste. The drug may cause risky behavior because of altered sensory perception and some users tend to make rash decisions that cause accidents.

The drug is popular among people who like to take other hallucinogens such as LSD and psilocybin mushroom and go on a “trip” to expand their spiritual or extra-sensory experiences. Because the drug alters reality the user may have frightening experiences (a bad trip) while high on the drug. These bad experiences can continue for years after taking the drug and are called “flashbacks”. DMT abuse and addiction are attributed to the fact that the user can quickly and easily build up a tolerance to the drug. This tolerance requires that the user now has to take more of the drug to achieve the same effects as before.

Some of the most outstanding effects of the drug occur in the pre-frontal cortex of the brain that affects perception, mood and cognition. Other areas of the brain that are affected by the drug are the regulation of arousal and natural responses to panic and stress. With an altered perception of reality and executive functions of the brain impaired, it is easy to understand why many users panic and have bad trips and accidents. People who use DMT may see images and hear sounds that seem to be real but do not exist in the natural realm. Trips can last up to 12 hours and experiences may vary among users. Some of the factors that may affect the experience are the person’s expectations, personality, mood and surroundings.

The National Institute on Drug Abuse (NIDA) website states that using hallucinogens is like causing drug-induced psychosis, which is the inability to think rationally, recognize reality and communicate with others. The user may have a good experience while taking DMT and feel that they have achieved a heightened sense of awareness and understanding. But, on the other hand, a bad experience can create terrifying thoughts that are often accompanied with feelings of despair, anxiety and panic. The user may feel like they are losing control, going insane or dying. There does not seem to be a physical addiction to DMT but there can be a psychological one. The question of how addictive is DMT psychologically depends on the individual, and would be more of a problem for people who suffer from mental disorders.

Some of the effects of DMT are:

Effects of DMT as Ayahuasca tea are:

The best course of treatment for DMT abuse and addiction is as an in-patient in a drug rehab facility, so that the patient is in a safe, supervised and structured environment. DMT withdrawal symptoms are not physical but psychological. The patient should receive individual and group counseling and other psychological and behavioral therapies. The use of medications may also be a part of the treatment program. Patients who do especially well in this environment are those with co-occurring mental disorders, dysfunctional home environments, limited outside support and physical illness.

If you know someone who needs help overcoming their DMT abuse and addiction, you may tell them about the drug rehab recovery programs where they can get help.