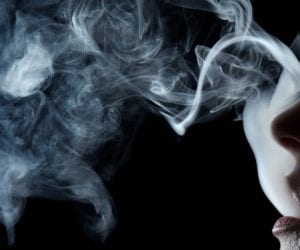 If you’ve never heard of “dabbing,” it is a method of cannabis ingestion that is becoming increasingly popular among teens and other recreational users. Dabbing’s popularity can be traced to the medical marijuana market, where patients prefer it because it provides intense, immediate relief of their symptoms unlike other methods which can take some time to have an effect. Unfortunately, this benefit is also responsible for one of the greatest dangers of dabbing: the immediate onset of cannabis effects presents an advanced potential for abuse. Educating yourself about the dangers of dabbing may give you the information you need to keep your teen from starting this risky drug abuse method.

Dabbing involves inhaling the vapors from concentrated marijuana extracts, also known as THC concentrates or concentrated cannabis extracts.  The term comes from the word “dabs,” one of the street names commonly used for little globs of these extracts.  Other common terms include:

If you are wondering, what is dab drug use compared to herbal marijuana drug use, the answer is they are related but have distinct differences.  Both involve the use of cannabis, however most marijuana use involves the ingestion of cannabis in its flower or leaf form. Dab drug use involves a highly concentrated form of marijuana that has a butter- or honey-like appearance. Marijuana concentrates can be formed in several ways, but the most popular involves a butane extraction method. While dabbing used to require a glass pipe and blow torch to vaporize the globs of marijuana extract, many users now vaporize dabs through e-cigarettes. While this method reduces the possibility of burns, the new portability of dabbing increases the likelihood that teens and other users will abuse dabs more frequently.

In a 2015 study, over 80% of the marijuana extracts tested were contaminated with pesticides or poisonous solvents used during the extraction process. Many of the dabs contained considerable levels of these dangerous chemicals; inhaling the vaporized fumes from contaminated dabs could expose users’ lungs and systems to these contaminants.

Much higher levels of THC

THC is the psychoactive component of marijuana. The concentration of THC in top grade marijuana is typically around 20% to 25%. One study found THC concentrations in dabs of nearly 76%, and some reports put the THC levels of dabs as high as 80%. Furthermore, the vaporizing stream of dabbing allows users to capture up to 40% of available THC. What all these percentages mean is that the levels of THC that users get through dabbing can be up to four times stronger than they would ingest by smoking pot.

Participants in a study on the effects of dabbing reported higher tolerance and an increased incidence of withdrawal symptoms.

Dabbing provides users with an immediate, intense high. Because this highly concentrated form of marijuana creates such an intense physiological effect, it carries an enhanced potential for abuse, particularly among drug users seeking fast highs.

Teens and the dangers of dabbing

Dabbing poses some extra dangers for teens. Dabs are easy to carry and conceal, and the fact that they can be vaped through e-cigarettes makes dabbing even more inconspicuous. As a result, teens’ dabbing habits may go undetected for some time.  A single inhalation of dab delivers as much THC as 3 to 10 inhalations of herbal marijuana, so users have experienced correspondingly more intense effects. Teens engaging in dabbing may show certain dab drug side effects such as falling out of chairs, the inability to move on their own, and even loss of consciousness.

Now that you understand what dabs are, try having an open, frank discussion with your teen about the dangers of dabbing. You may be able to help her or him avoid trying a drug that could lead to a serious addiction.