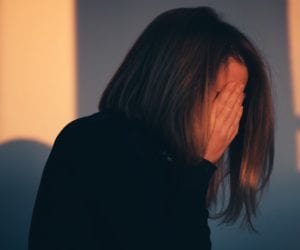 Fentanyl is a potent, synthetic opioid prescription pain medication that has a high potential for abuse and addiction. It is more powerful than heroin and morphine and is classified as a Schedule II controlled narcotic in the U.S. As an opiate, Fentanyl binds to the opioid receptors in the brain and increases the amount of dopamine causing feelings of euphoria and tranquility. Fentanyl is a fast acting drug and patients taking this medication should be monitored by their doctors to prevent abuse or addiction. Anyone who is addicted to Fentanyl should realize that the side effects of coming off Fentanyl can be difficult, and the addict should not attempt to stop using the drug on his own but seek the help of addiction specialists.

Fentanyl can be taken as a lozenge or lollipop, by injection, as a dissolvable film or as a transdermal patch. When sold as an illicit drug, Fentanyl is usually mixed with heroin or cocaine to increase its potency and also this makes it a high risk for overdose. This dangerous drug has a variety of street names such as cash, China girl, dance fever, TNT, jackpot, murder 8, goodfella, China white, friend, apache and tango. Acetyl Fentanyl is a non-medical form of the drug that is created in illicit labs and sold illicitly to opioid addicts. Some of the effects of Fentanyl include:

Recovery from Fentanyl addiction should be done at a drug rehab center where medical professionals can properly wean the patient off of the drug. Rehab centers that offer a supervised detox process are best because they can monitor the process and slow it down if necessary. The many Fentanyl withdrawal symptoms may include:

The first phase of withdrawal will last about 2 to 3 days and the patient may experience insomnia, sweating, muscle aches, agitation and runny nose. The next phase of withdrawal is the peak phase and usually consists of days 3, 4, and 5. Some of the Fentanyl withdrawal symptoms to expect include: nausea, vomiting, diarrhea, anxiety, mood swings, muscle and bone pain, increased runny nose and tearing, and depression. The psychological effects are due to the fact that the brain is re-adjusting to release neurotransmitters back to the opioid receptors in the brain. During the third phase of withdrawal the withdrawal symptoms will begin to subside. This phase usually last about 1 to 2 weeks but some symptoms like drug cravings and depression may last longer. Eventually your body returns to normal functioning and you feel good again without the Fentanyl.

PAWS is post-acute withdrawal syndrome where some opioid addicts may experience intensified and protracted withdrawal symptoms for weeks or months after the detox process was completed. Because the symptoms can be overwhelming for some addicts, they may relapse and begin to use again. That is why it is so important to be in an inpatient drug rehab center where you are in a safe, drug-free environment, and where you can receive medications to relieve your withdrawal symptoms and drug cravings.

If you are addicted to Fentanyl and want to stop, you should speak with your physician or contact a certified drug rehab center to begin recovery treatment. You will be able to recover from Fentanyl and return to a sober, drug-free life.