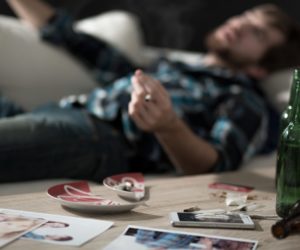 Are you concerned your college student may have started abusing drugs? College is a time of exploration and trying new things. For many young adults, this simply means meeting new people and discovering exciting cultures. Sometimes the new experiences are not that benign, though. For some young adults, college is their first introduction to a world of alcohol and drugs. These individuals may embark on a pattern of abusing drugs at college that can derail their plans for their life. If you are unsure if your student is abusing drugs, learning the latest college drug abuse facts may help you determine if there is a problem.

Every year, SAMHSA, the Substance Abuse and Mental Health Services Administration, sponsors a National Survey on Drug Use and Health. They interview teenagers and young adults in high school and college to get a clear picture of the latest drug abuse in college students statistics and overall trends of drug and alcohol abuse among the nations’ youth. The survey examines the percentage rates of the most commonly used drugs by college students, including non-medical use of prescription drugs. To make sure you have a clear picture of the temptations your student may be facing at her or his university, here are some key results from the latest survey available from SAMHSA, the 2015 National Survey on Drug Use and Health.

All of these statistics on this page pertain to young adults attending college, aged 18 to 25. In general, college age males are more likely to use illicit drugs than their female counterparts, with the notable exception of sedatives, which is more evenly distributed among the genders.

Marijuana use is on the rise among college students, possibly because the widespread perception that is relatively safe to use that has been fueled by recent votes to legalize use. This is an area of concern for many parents and educators. In 2015, 38 percent of college students had used marijuana in the past year, up from 30 percent in 2006.  The percentage of full-time college students who use marijuana on a daily base declined slightly in 2015.  4.6 percent or one in every 22 college students used marijuana every day in 2015, down from an all-time high of 5.9% in 2014.

In 2014, the use of cocaine among college students increased for the first time in six years, jumping from 2.7 percent to more than 4 percent. Usage remained high in 2015, with 4.3 percent of college students using cocaine in the past year. That’s higher than cocaine use among all 18 to 25 year olds.

While the rates of marijuana use rose in the past year, there was definitely some good news. Several other types of drug use by college students declined in 2015. Past-year use of synthetic marijuana, sold under names such as “K-2” and “Spice,” fell to just 1.5 percent in 2015, an 80% decrease over the last 4 years. Use of synthetic cathinones, commonly sold as “bath salts,” which has always been low among college students, fell to just 0.1 percent in 2015. The use of MDMA, also known as ecstasy or Molly, came in at just 4.2 percent. Use of Salvia has decreased more than 90 percent over the past six years, down to just 0.9 percent from the high of 5.8 percent in 2009 when its use was first measured. Inhalant use remains low among college students, with levels below 2 percent.