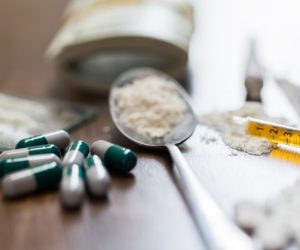 Overdose death rates: find out the most common drugs people overdose on

Overdose death rates from drugs reached an all-time high in 2016; finding out the most common drugs people overdose on may serve as a warning that could save the life of someone you know. The National Institute on Drug Abuse released a report that revealed the most common drugs that people overdose on. The report compiled information on the deaths related to drug overdoses that occurred in the United States from 1999 to 2015. It comes as no surprise that opioids such as heroin and OxyContin top the list, but the report also revealed that overdoses from benzodiazepines have risen sharply as well. Taking a closer look at the drugs responsible for this rash of overdose deaths reveals the drugs that pose the largest risks to the wellbeing of users.

Key findings from the overdose report

The most common drugs that people overdosed on in 2015

An examination of recent trends in drug overdose deaths revealed which drugs are the deadliest to use. Here are the most common drugs people overdosed on in 2015. Overall, opioids accounted for 33,091 of the 52,404 drug overdose deaths that occurred in the U.S. in 2015. That category includes heroin as well as the natural, semisynthetic, and synthetic painkillers.  This represents a 15.6 percent increase in opioid-related death rates.

Opioids – Natural opioids and semi-synthetic opioids (oxycodone and hydrocodone) accounted for 24% of overdose-related deaths in the United States in 2015. This was a decrease from past years; opioids were responsible for 29% of overdose deaths in 2010, and 26% in 2014. The painkillers morphine and codeine are considered natural opioids; semisynthetic opioids include oxycodone and hydrocodone.

Synthetic Opioids – Overdose deaths from synthetic opioids other than methadone, such as fentanyl and tramadol, increased by 72.2% from 2014 to 2015. This increase is almost entirely attributable to fentanyl-involved overdose rates. Deaths from methadone decreased by 9.1% in 2015