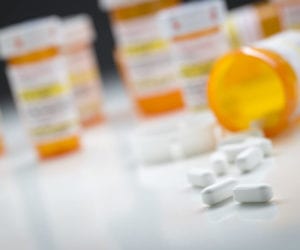 The figures are staggering and reveal a massive drug abuse and addiction problem in the U.S. Studies show that opioids, depressants and stimulant prescription medications account for 45% of overdose deaths. Most overdose deaths were prevalent in the inner cities but have now spread out to suburban and rural areas of the country. The U.S. Drug Enforcement Administration (DEA) recommends that individuals learn about different drugs before taking them, because each person has a different body chemistry that will react differently to the same drugs. Even drug information given by the media may sometimes be incorrect, so people should begin to research the facts on their own. Taking a drug for the first time, even a small amount of the drug, can result in serious health complications, overdose and death.

Prescription drugs are the third choice after alcohol and marijuana that adolescents are abusing. They often trade the drugs with their friends, and usually steal the drugs from the medicine cabinet at home, or abuse medication that was prescribed to them. Opioids are often taken to get high and stop physical pain. Stimulants are taken to improve studying and test taking, lose weight and enhance athletic performance. Depressants are used to get high and relieve anxiety. Many adolescents believe that prescription drugs are safe because they are prescribed by a doctor.

Below are some of the most common prescription drug abuse effects:

It is estimated that 45 people each day are dying from an overdose of prescription drugs in America, and there is an estimated 4.3 million Americans who are abusing prescription drugs. Research has shown that 99% of doctors are prescribing opioid painkillers that exceed the federally recommended dosage of a three-day limit. And high school teens are shown to be abusing prescribed opioids, stimulants and tranquilizers. Some illicit drugs being purchased over the Internet reportedly contain Fentanyl, and China has moved to ban some Fentanyl production that is causing overdose deaths in the U.S. and elsewhere.

According to the National Institute on Drug Abuse (NIDA) the most commonly abused prescription drugs in the U.S. are:

Women who overdosed on opioid painkiller medications rose 415% compared to overdose deaths for men, which rose 250%. Reported medical emergencies attributed to prescription drug abuse increased about 132% in the last seven years, with opioid medical emergencies rising 183%. Prescription drug abuse overall has increased in the U.S. and The Centers for Disease Control and Prevention has declared the problem an epidemic.

Research shows that the link between opioid pain medications and heroin has also increased. Once a patient becomes addicted to their opioid prescription pain medication and can no longer obtain a prescription for the drug, they will resort to illicit heroin. The use of heroin increased 75% from 2007 to 2011. Adolescents aged 12 to 17 years old who used heroin for the first time has risen 80% since 2002.

Teenagers are reportedly using Ritalin and Adderall that was not prescribed to them to get high. About 1.9 million teens are abusing benzodiazepines annually, and stimulant use among high school and college students has risen 91.5%. There was more class absence among stimulant users than those who did not use the drug, and most students are obtaining the drug from other students who were prescribed the drug for medical reasons.