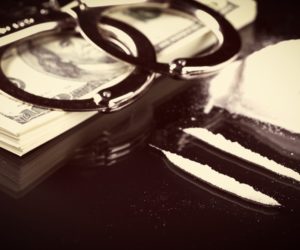 The Effects: How does cocaine affect your body?

Cocaine is a powerful and highly addictive substance, and – although health care providers can use it for valid medical purposes (e.g..: local anesthesia for certain surgeries) – Cocaine is an illegal drug, one that is widely abused for its pleasurable stimulant effects. So, that leaves the question that many users ignore: How does cocaine affect your body? Is it really that bad?

Cocaine hydrochloride derives from the coca leaves plant, native of South America. It can be found in a number of forms, including white powder, paste, or solidified and rock-like (the latter commonly referred to as “crack cocaine”).

Whatever the form, cocaine acts as a strong stimulant substance that can:

Cocaine is a psychoactive drug, which means it directly alters brain function and causes changes in perception, mood, and consciousness, whether it’s smoked, shot, or snorted.

The intensity – and danger – of the high has to do with how you take the drug. What happens to your brain on cocaine is an extreme chemical reaction, where there is a massive increase of dopamine that, with it, brings dangerous raises in blood pressure and heart rate.

How does cocaine affect your body does not really change depending on the method through which it is consumed (smoked, snorted or injected), this just changes how fast the side effects of cocaine start to show.

The high experienced after cocaine use is accompanied by a number of side effects, including:

Some people use cocaine in a misguided attempt to enhance performance or meet some other end goal. What happens to your brain on cocaine is that through the high caused by the increased dopamine, the drug temporarily decreases the need for sleep, some people will abuse the substance to stay alert, to study, or to accomplish a strenuous task.

Other side effects of cocaine include the suppression of appetite, so it is also sometimes used (and abused) as a weight loss tool. The long-term outcomes for both of these scenarios are bleak – people may find themselves tragically ensnared by addiction for what started as a grab for fleeting gains.

While you may be initially triggered by the “high” of the drug, how does cocaine affect your body cannot and should not be ignored.

Other problematic side effects of cocaine that are usually not expected are:

With regular “recreational” use, the drug is abused, tolerance may develop so that higher doses, more frequent use of cocaine, or both are needed to produce the same level of pleasure and relief from withdrawal experienced initially.

The dangers of cocaine addiction are real and severe. What happens to your brain on cocaine is an adaptation process, this means that the brain starts to adapt so that the reward pathway becomes less sensitive to natural reinforcers.

Circuits involved in stress become increasingly sensitive, leading to increased displeasure and negative moods when not taking the drug. These represent some of the dangers of cocaine addiction, which make the user more likely to focus on seeking the drug instead of relationships, food, or other natural rewards.

Long-term effects of a cocaine addiction often include being malnourished, because cocaine decreases appetite; movement disorders, including Parkinson’s disease, which may occur after many years of use.

In addition, people report irritability and restlessness resulting from cocaine binges, and some also experience severe paranoia, in which they lose touch with reality and have auditory hallucinations.

Users need to understand that there is no “safe” frequency of use for cocaine. It’s impossible to predict whether you will become physically or psychologically dependent on cocaine.

Anyone who uses cocaine and has become either physically or mentally addicted along with negatively impacted themselves and those around them with their addiction should seek help. Detox becomes necessary before the next hit becomes their last.

Cocaine detoxification is a medically supervised period of cocaine withdrawal in which a doctor or medical professional will give the individual seeking help medication to counteract symptoms.

At the present time, no proven pharmacologic therapy for cocaine addiction exists, but several medications do help aid in withdrawal symptoms ranging from depression to anxiety. It is important to realize that cocaine itself causes psychological dependence, due to its ability to rearrange and impact dopamine release and levels in the brain.

Because of the addictive nature of cocaine, rehabilitation takes place in either inpatient or outpatient facilities. In addition to the detoxing, behavioral treatments for cocaine addiction have proven to be effective in both inpatient and outpatient settings and are required as part of recovery for the patient.