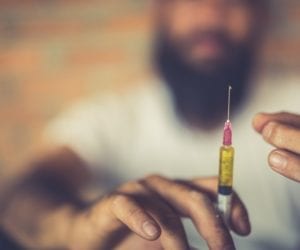 Find out the facts about the deadly Fentanyl laced street drugs devastating our cities.

Deaths from fentanyl and fentanyl laced street drugs are on the rise in the United States, and the trend shows no signs of slowing down. Fentanyl is a synthetic opioid that is 50 to 100 times stronger than morphine. Illicitly manufactured fentanyl is extremely cheap, so dealers sometimes add it to heroin and codeine to increase their potency, often without users’ knowledge. These fentanyl laced street drugs are far stronger than the non-adulterated versions, so users often end up overdosing. Naloxone and other antidotes are not always effective against these highly potent drugs, leaving rescue workers and law enforcement personnel struggling to stem the tide of fentanyl-related deaths.

According to nationwide alerts sent out by the Centers for Disease Control and Prevention, the distribution of fentanyl laced street drugs has risen to unprecedented levels in recent years. Fentanyl laced heroin and codeine are bought by users who are seeking “stronger drugs,” unaware that the drugs they purchase contain fentanyl.  Drugs mixed with fentanyl are commonly sold under the street names Apache, China Girl, China White, Dance Fever, Friend, Goodfella, Jackpot, Murder 8, TNT, and Tango and Cash.

An overview of facts about fentanyl and fentanyl laced drugs shows why officials are so concerned about the spread of these deadly drugs.

Fentanyl and other opioids work by binding to the body’s opioid receptors. These receptors are located in the regions of the brain that control pain and emotions (which is how these drugs produce feelings of euphoria and relaxation) but they are also located in the areas of the brain that control breathing. High doses of opioids can cause users to stop breathing and lead to death. When fentanyl is mixed with heroin or codeine, its potency is increased, making it vastly more dangerous for users. This increased potency can lead users to overdose, especially when they are unaware of the addition of fentanyl and take their usual dose of heroin or codeine.

Naloxone is an opioid receptor agonist, meaning it reverses the effects of opioid overdoses. Many first responders and law enforcement officials now carry naloxone with them to revive victims of opioid overdoses. Drugs mixed with fentanyl are so much more potent that a person overdosing on them could need twice as much naloxone to recover. There has been an upswing in deaths from overdoses when users do not receive enough naloxone to counteract the effects of the fentanyl mixed in with codeine or heroin.

If you or someone you know ingests fentanyl laced street drugs, call 911 immediately and explain to the operator that you took fentanyl. Because the amount of fentanyl in street drugs is not calibrated, users can suffer a fatal overdose from fentanyl laced drugs at any time, even if they survived an earlier dose from the same batch.