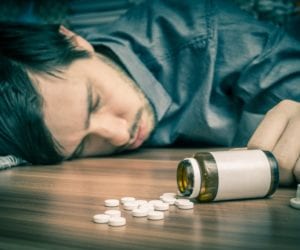 Learn About Fentanyl Overdose and Other Deadly Effects of Fentanyl

For many, fentanyl is an entity heard about through the news, through podcasts, radio, and newspaper updates that give us the current death toll due to the deadly effects of fentanyl, but what is fentanyl? And why are fentanyl overdoses becoming more and more common?

In direct terms, fentanyl is an extremely potent, synthetic opioid analgesic. It’s a powerful painkiller, that works wonders for patients suffering from severe, chronic pains. Unfortunately, with this effective treatment, comes a high potential for recreational abuse. It is estimated that fentanyl is eighty to five hundred times stronger than morphine, depending on the source, and the method administered.

There are four basic ways that Fentanyl is administered: Oral and Nasal Sprays, Lollipops (also known as a troche), patches similar to nicotine patches, and injections. Injections are the most common when used recreationally, and they are also the most likely method of administering to cause the deadly effect of fentanyl to manifest themselves.

Side Effects of Fentanyl Use:

Currently, the DEA classifies fentanyl as a Schedule II substance. This relates to the drugs high potential for abuse, and it’s dangerous nature. Fentanyl addiction is quick and places the user in a vice-like grip. Because of this, prescription use is generally under strict supervision by medically trained physicians.

What Are the Deadly Effects of Fentanyl?

In most cases, the deadly effects of fentanyl come in the form of respiratory failure. Being as potent as the drug is, fentanyl is generally reserved for opioid-tolerant patients or patients with pain severe enough to warrant a substance stronger than morphine. If a recreational user is used to the dose amounts associated with heroin or morphine, then they may be inclined to use much more fentanyl than is considered safe, presenting a major risk for fentanyl overdose. Even worse, if a person who has never used opioids attempts to experiment with fentanyl, they are almost guaranteed to witness the deadly effects of fentanyl first hand, as the drug is so potent that using it without prior opioid experience presents a major risk of fentanyl overdose.

The Risk and Effects of a Fentanyl Overdose

As we mentioned before, one of the biggest risks associated with fentanyl use is respiratory failure. When used in heavy doses, fentanyl slows the heart rate and breathing of the user, producing the slow and sloth-like behavior that we generally associate with opioid use. However, due to fentanyl high potency, breathing may slow to an almost non-existent rate before the user has to time to register that their body is failing them. The nature of the deadly effects of fentanyl is perfectly illustrated in this situation, it’s fast acting, powerful, and in most cases, a fentanyl overdose is over before the user has time to respond.

Here are a number of signs and symptoms of fentanyl overdose to look out for:

Perhaps the scariest thing about the risk of a fentanyl overdose, and fentanyl-related deaths is that many of the users that fall victim to these do not know that they are using fentanyl. It’s common practice amongst recreational heroin dealers to mix fentanyl, which is generally cheaper and more potent than heroin, with other opioids in order to cut costs while getting users hooked on a more addicted and potent product. While this may result in better profits for the dealer, it results in fentanyl overdoses and death for a large number of unsuspecting users.

If you or a loved one is struggling with Fentanyl addiction and are worried about the deadly effects of Fentanyl, it’s time to get help. Call WhiteSands today and one of our experienced drug recovery specialists can answer any and all of your questions and concerns.