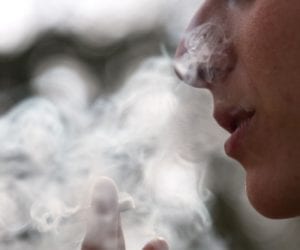 Long-Term Effects of K2 Use

The long-term effects of K2 use are still unknown due to lack of research on the newly popularized drug. However, similar to the long-term use of any substance, there are negative consequences associated with using synthetic marijuana. A common outcome of synthetic marijuana use is increased risk for having a seizure, as well as heart damage. Long-term use of this drug can also cause an addiction to form, causing the user to lose control over their use of the drug and an inability to stop using.

What Does K2 Do To Your Brain?

Synthetic cannabinoids act on the same exact brain cell receptors as THC, which is an ingredient found in marijuana. Although there has been minimal research on the effects of synthetic cannabinoids on the brain, it is believed that these chemicals have a stronger bind to the same cell receptors that THC effects. As a result of the lack of research, the effects of synthetic marijuana on the brain are unpredictable. However, it is still believed that synthetic marijuana is dangerous and addictive.

Due to the unpredictability of the effects of this drug, using them can be dangerous or even deadly. If you or your loved one are using synthetic marijuana, now is the time to stop.

If you find yourself unable to stop, seek professional help immediately. At WhiteSands Treatment we can help you or your loved one successfully overcome your synthetic marijuana use problem.