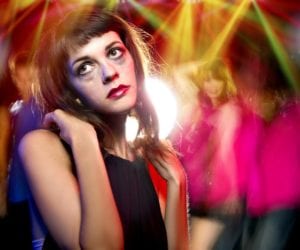 Are you struggling with Ecstasy dependence? Learn how to overcome Ecstasy addiction symptoms with medical detox and rehab

Are you and your drug clubbing friends still dabbling in ecstasy? And do you still think it’s a safe drug? Ecstasy has been on the illegal drug market for a long time, but it has changed from what it used to be. This illegal synthetic drug’s main ingredient was methylenedioxymethamphetamine (MDMA), but over time the drug has become a mix of several dangerous drugs and other toxic compounds. The drug has become increasingly more treacherous, and ecstasy addiction symptoms can be both physically and psychologically devastating.

In the 1970’s, American psychiatrists began using Ecstasy as a psychotherapeutic tool, and in the 1980’s the Food and Drug Administration (FDA) approved of the first clinical trial to test the drug for use in treating post-traumatic stress disorder (PTSD). It was during this time period that the drug began selling in the illegal drug market. In 1985 the U.S. Drug Enforcement Agency (DEA) banned Ecstasy and listed it as a Schedule I drug, claiming that it has no proven therapeutic value. The illegal use of Ecstasy was initially popular among White adolescents and young adults who used it as a method to get high during their weekend “rave” dance parties. The drug has since spread outside of the nightclub scene and is gaining popularity among non-White populations.

Ecstasy dependence can create a host of problems that can affect the physical and psychological well-being of the user. It can also destroy every aspect of the addict’s life, affecting familial, social, financial, legal, occupational and other areas. Ecstasy is an amphetamine stimulant drug that causes the rapid release of neurotransmission activity in the brain. Excessive amounts of serotonin are released in the brain, which regulates a host of activities such as pain perception, appetite, sleeping, mood and other behaviors. This rush of increased serotonin elevates the user’s mood, but as he comes down from the drug the depletion of serotonin can create negative effects. Ecstasy addiction symptoms can include:

Metabolites present in Ecstasy interfere with the body’s ability to break down the drug, allowing it to remain in the body for longer periods of time. If additional doses are taken soon after, the blood will have very high levels of Ecstasy that can create a host of toxic effects. Another effect of ecstasy abuse is the significant impairment of mental abilities. Memory impairment can last for a week or more after the drug was taken, and information processing is also affected making driving a car or other skilled activities a dangerous undertaking.

Other effects of Ecstasy abuse can cause long-term confusion, depression and other mental impairment. Brain scans of long-term Ecstasy users revealed marked changes in brain activity in areas of the brain that involve motor function, cognition, and emotions. It can take several weeks, or months, for the regulation of neurotransmitters to return to normal functioning in the brain.

If someone is experiencing an Ecstasy overdose they may exhibit these symptoms:

There are currently no medication interventions that treat Ecstasy addiction, but there are psychological and behavioral counseling and therapy approaches. Relapse prevention strategies and enhanced coping skills are also important treatment programs for Ecstasy dependence. Once the patient has completed the treatment program at the rehab facility and returned home, he should continue with aftercare treatment that may include counseling and support group meetings. Support from family and friends are another important aspect of recovery for the recovering addict. If the recovering addict stays committed to the recovery process and engages in aftercare, he can overcome Ecstasy dependence.