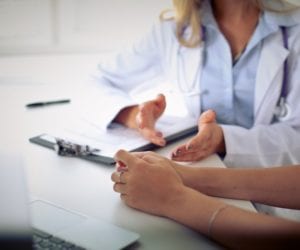 New alcohol treatment drugs have been providing significant relief for those battling alcohol use disorders (AUDs).  In the last two decades or so, advancements in technology have expanded study parameters for alcoholism, which essentially opened more avenues for diagnosing AUDs, as well as opportunities for the development of additional alcohol treatment drugs. Alternatively, researchers continue to improve on traditional and other complementary treatment strategies that work in conjunction with alcoholism treatment drugs.

Alcoholism is a neurologically driven disorder with a distinct genetic predisposition. Although people battling this degenerative disease can survive for years, some of the effects are often irreversible and, if left untreated, can be fatal. According to statistics from the National Institute of Alcohol Abuse and Alcoholism (NIAAA) approximately 62,000 men and 26,000 women die annually from alcohol-related causes. The good news is that alcoholism treatment drugs available today have a high success rate. It is estimated that more than twenty million alcoholics have overcome this addiction and are enjoying sobriety.

Although identifying medications for alcoholics to stop drinking is not a new premise, there are currently only three pharmacological interventions with Federal Drug Administration (FDA) approval for this purpose. Of these three alcoholism treatment drugs, none are prescribed for people while they are still consuming alcohol. It is important to note that the following drugs used to treat alcoholism augment rather than replace other non-pharmacological treatment interventions.

Disulfiram (tetraethylthiuram disulfide [TETD]) disulfide) was the first alcohol treatment medication for alcoholics to stop drinking. Although this drug was developed in the 1920s, Disulfiram’s alcohol-aversive effects were initially recorded in the 1930s when workers exposed to disulfiram became violently ill after consuming alcohol. This was later confirmed by default in 1948 when Danish researchers became violently ill after drinking alcohol while being treated with disulfiram for parasitic stomach infections. FDA approved the use of Disulfiram as an alcoholism treatment drug in 1951. For the next fifty years, it was the only pharmacological intervention used to deter ethanol abuse. Disulfiram is primarily distributed under the trade names Antabuse and an estimated 200,000 Americans engaged in alcoholism management are said to take disulfiram.

Disulfiram (Antabuse) works by preventing the metabolism of acetaldehyde (ethanol) into acetic acid, which is a process that occurs naturally in the body when alcohol is consumed. After taking disulfiram (Antabuse), it causes a severe reaction to the accumulation of alcohol in the body that typically includes nausea, vomiting, and headaches. This reaction usually work in most drinkers as a strong deterrent to alcohol consumption.

Although scientist confess that they are still unsure of exactly how Naltrexone works in the body to reduce alcoholism, they hypothesize that its modulating effects are the same for alcohol as it is for opioids. Still, studies published in the Archives of General Psychiatry reveal that the alcohol aversive effects of Naltrexone only work for alcoholics with a variant opioid receptor gene. As a result, this medication for alcoholics to stop drinking, should only be administered after appropriate genetic testing has been completed.

Acamprosate (Campral) is the most recent alcoholism treatment drug available in the United States. Although this medication for alcoholics to stop drinking has been in use for at least 20 years in Europe, it only received FDA approval in July of 2004 with marketing activity commencing under the brand name “Campral” in 2005.

Scientist suggest that this medication works by restoring balance to brain functions disrupted by chronic alcohol abuse. It has also been shown to reduce both the psychological and physiological distress typically associated with alcohol withdrawal. Anxiety, sleep disturbances, and excessive sweating are the most commonly reported symptoms that occur in the early stages after habituated consumption of alcohol is halted.

These Pharmacological interventions are primarily focused on reducing consumption of and the craving for alcohol that usually precede a relapse. These remedies however, are most effective when they are integrated into a comprehensive program of recovery for alcohol addiction.