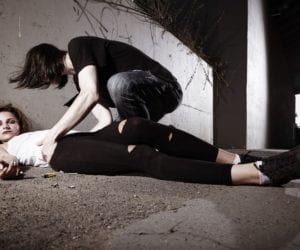 Every few years, it seems a new drug surfaces that presents an even greater risk than the deadliest substance being abused before it. A few years ago, Fentanyl surpassed heroin and cocaine as the most potent substance of abuse, causing multiple overdose events and fueling the drug epidemic. Before the appearance of Carfentanil, Fentanyl, at 80 to 100 times stronger than morphine and 40 to 50 times more potent than 100% pure heroin, was being touted as the most potent drug available.

People wonder, what is Carfentanil? Carfentanil, which is a Fentanyl analog, meaning it has a similar chemical structure, but with a distinct component that differentiates it, has already exceeded the concerns of people in the medical community, law enforcement, and Drug Enforcement Administrators.

Carfentanil was synthesized by a team of chemists in 1974 with the trade name Wildnil. It was initially marketed as a general anesthetic that has been used to sedate large animals like elephants. The danger of this drug is underscored by the fact that veterinarians who handle Carfentanil wear protective gear or administer it from a distance via darts filled with Carfentanil from a distance.

Naturally, Carfentanil poses a significant danger to heroin users because, much like heroin and cocaine, it is an odorless, and colorless drug. Because it is so similar in appearance to these drugs, it is also not easily detectable if it is purchased alone, pressed into pills, or combined with these substances.

In a nationwide warning to the public and law enforcement personnel about the killer potential of this drug, the Drug Enforcement Administration (DEA) describe it as one of the strongest opioids available today. Following a wave of overdose deaths linked to Carfentanil, the National Institute on Drug Abuse has also posted warnings about this drug. With a potency that is 10,000 times stronger than morphine, Carfentanil has not been approved for human consumption. Even so, it has already been linked to a significant number of overdose deaths nationwide.

Authorities believe drug users are being exposed to Carfentanil as a drug cocktail in combination with heroin, fentanyl, and cocaine. This drug is also being manufactured as tablets to mimic the appearance of prescription pain medication. Because even a small amount of Carfentanil has the potential to kill, these formulations can be deadly, particularly so if it is sold as a standalone substitute for heroin to unsuspecting substance abusers. Users who unknowingly purchase Carfentanil or heroin laced with Carfentanil from a street dealer with no idea what they have purchased and consume this drug alone, put themselves at the greatest risk of a fatal drug overdose.

Just two milligrams of Carfentanil has the potential to put down a 2,000-pound elephant. As such, just a tiny amount of Carfentanil can cause a lethal drug overdose. In fact, a dose as little as a grain of salt can severely slow down respiratory functions that can be fatal if medical help is not received in a timely manner. In just one year, Carfentanil has been suspected in overdose deaths across the nation.

According to paramedics and police officers, a primary indicator of a Carfentanil overdose, is the amount of naloxone that is usually required to reverse the overdose symptoms. Typically, only one dose is necessary to treat a heroin overdose, while three or more doses may be needed to restart respiratory functions after a Carfentanil overdose.

While treating Carfentanil overdose patients, it is important that caregivers take necessary safety measures. Accidentally Ingesting even a fleck of Carfentanil can present a serious health risk to police officers or medical personnel trying to save the life of a patient.

A major concern relevant to Carfentanil overdose treatment, is the rapid onset of overdose symptoms after inhalation or ingestion. Treatment must therefore begin as soon as possible with administration of an opioid antagonist. Water irrigation may also be necessary to treat mucous membrane exposure. Since Carfentanil overdose symptoms can recur even after administering repeated doses of naloxone, the patient may need to be monitored consistently for an extended period of time to mitigate symptoms such as hypoxia or other breathing problems.