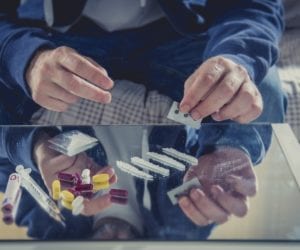 Examples of recreational drugs and their effects

Any psychotropic substance that is taken for enjoyment or other reasons not related to a medical condition can be considered a recreational drug. The problem with recreational drug use is that so many people who begin using casually end up addicted. In 2015, approximately 20.8 million people aged 12 or older had a substance abuse disorder. When you look at the following examples of recreational drugs and their effects, you can see the scope of the problem. Many recreational drugs have seemingly benign effects that only become problematical once users become addicted.

Alcohol is legal for adults, so it is not surprising it is the most widely used recreational drug in the United States. In 2015, 138.3 million Americans aged 12 or older reported that they were using alcohol. The effects of having one or two drinks of alcohol are pleasant, such as euphoria, reduced inhibitions, and mild motor impairment. Alcohol is extremely addictive, however, and at higher doses can cause violent behavior, liver damage, memory problems, and severe withdrawal symptoms.

Marijuana is the most commonly used illicit recreational drug, popular among users because it creates a mildly euphoric, relaxing, and pain relieving effect. Several states are in the process of legalizing its use for medicinal or recreational purposes. While opinions on marijuana’s addictive qualities vary, chronic use does create memory problems, and may cause impairment of cognitive abilities when used extensively in adolescence.

Other examples of recreational drugs include: