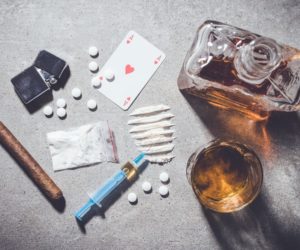 Curious about illegal drugs and their effects? WhiteSands Treatment fills you in on the top seven most abused recreational drugs.

Drug abuse is still a relentless problem in the U.S. and many adolescents and young adults are being drawn to try more dangerous drugs and concoctions of mixed drugs to get high. Illicit drugs that are being sold in the lucrative black market in the U.S. are estimated to be about $215 billion annually. Below is a list of the seven most abused recreational drugs and their dangers:

One of the topmost abused recreational drugs is alcohol. This legal entity is approved and accepted in most occupational and social circles and is abused by Americans from youth to old age. Problem drinking is running rampant among senior citizens who are lonely, disabled, terminally ill, in constant pain, and depressed. Adolescents and young adults are also abusing alcohol and binge drinking, which is causing accidents while under the influence. Many alcoholics experience blackouts and develop physical and mental health problems.

Heroin is one of the most problematic drugs being abused in the U.S. Long-term use of heroin can cause physical, psychological and behavioral changes in the addict. The drug changes the physical structure of the brain affecting cognition, problem-solving, memory formation, decision making, personality expression, and social behavior. Heroin is highly addictive and causes a host of physical health problems. A new drug on the illicit market is “grey death” which is heroin mixed with fentanyl, and although just one dose can prove to be fatal, adolescents and young adults continue to use this drug. Of all the recreational drugs and their effects, grey death is one of the worst.

Prescription and over-the-counter medications are being abused at an alarming rate. In many cases, abuse has led to addiction and, in some cases, overdose. Prescription drugs that are being abused are opioids, depressants, and stimulants. These medications are some of the most abused recreational drugs by adolescents and young adults. They are easy to come by and are often traded at middle and high schools, and also on college campuses. Patients also abuse their medications, sometimes in an effort to self-medicate and sometimes because they like the way the drugs make them feel. There is a fine line between recreational drug use vs. addiction, and many medications are highly addictive when abused.

Cannabis (marijuana) is a top contender in the most abused recreational drugs category. This drug has a host of adverse effects that include:

Amphetamines/Methamphetamines are potent stimulants that produce feelings of euphoria, and increased energy and focus on the user. They are a popular choice among college students, dieters, and athletes because of their effects. In the recreational drug use vs. addiction ratio, this group of drugs is highly addictive. Amphetamines/Methamphetamines can cause permanent physical and mental problems when taken long-term. Some of the adverse effects of these drugs are convulsions, elevated heart and respiration rate, liver failure, heart problems, anxiety, mood swings, depression, cognitive and memory impairment, seizures, coma, death.

Bath salts are a dangerous mix of synthetic chemicals that can cause severe health problems that include: panic attacks, hallucinations, paranoia, delirium, psychosis, violent behavior, kidney failure, muscle tissue deterioration, and death. Some of the active ingredients in bath salts produce effects that are similar to cocaine and amphetamines, and some have hallucinogenic effects. These recreational drugs and their effects are treacherous and extremely dangerous.