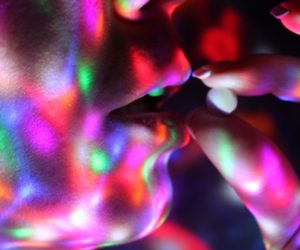 Are the health risks of Ecstasy putting your child’s life in danger? Find out just how dangerous MDMA can be

If you are concerned that your teen or young adult may be abusing MDMA, educating yourself about the health risks of ecstasy may give you the information you need to save your child’s life. MDMA, also known as Ecstasy or Molly, is an illegal stimulant drug that is popular with teens and adolescents, who enjoy the energy boosting and hallucinogenic properties of the drug. Many users mistakenly believe that Ecstasy is safe to take, basing their assumption on the fact that the drug was initially used as an aid to psychotherapy. Researchers who examined several samples of Ecstasy found that the drug bears little resemblance to the original medication, and concluded that the health risks of Ecstasy pose a dangerous threat to anyone using the drug.

Ecstasy, also known as MDMA or Molly, works by altering the activity of neurotransmitters, the chemicals that enable the nerve cells in the brain to communicate with each other. Ecstasy works by increasing the amounts of three key chemicals in the brain. These chemicals (serotonin, dopamine, and norepinephrine) are responsible for regulating pleasure, alertness, and mood. The release of these chemicals produces feelings of emotional well-being, warmth, empathy for others, and a feeling of connectivity with everyone and everything around them.

There are certain undesirable side effects that accompany the use of Ecstasy. These Molly side effects typically linger for days after using the drug. Because Molly causes the brain to release enormous amounts of serotonin and dopamine, users experience a shortage of the neurotransmitters. This causes heavy users of the drug to experience unpleasant Molly side effects including:

A number of studies on the long term effects of Ecstasy abuse have revealed that some of the damage the drug does to users’ brains is long lasting and possibly permanent. Heavy use of Ecstasy may cause permanent damage to serotonin-containing neurons and leave users with long-lasting cognition problems such as confusion, depression, impaired concentration, and problems with memory formation.

Some of the health risks of Ecstasy include nausea, chill, excessive sweating, involuntary teeth clenching and tremors, muscle cramps, and blurred vision. Ecstasy has been identified as a contributing factor in a number of deaths. These deaths almost invariably involve heart attack, heatstroke, or a combination of the two. Because Ecstasy contains a one-two punch of hallucinogens and stimulants, users may end up dancing or engaging in other strenuous physical activities for hours, particularly when the drug is used at a “rave” or other party.

If you notice any indications of Ecstasy abuse in your child or someone else you know, it is important to get them into an accredited Ecstasy addiction treatment program as soon as possible. There are currently no drugs that can be used to help someone overcome an addiction to Ecstasy, but there are medications that can make withdrawal symptoms easier to endure. Once detox is complete, patients will attend a combination of cognitive behavioral therapy, group and individual therapy sessions, and education classes. During these sessions, patients learn relapse prevention strategies that will help them enjoy a drug-free future.