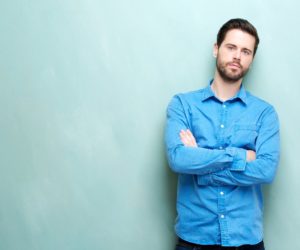 Learn about the dangers of counterfeit Xanax and how people are losing their life because of the drug.

There is a new enemy roaming the streets of America, and he is undercover. Hundreds of people have already died as a result of this sinister adversary. It seems that illicit drug pushers have also become entrepreneurs by producing their own versions of illicit drugs, and counterfeit Xanax is one of them. Looking to make a quick buck, these underground labs are producing drugs that look almost identical to the real thing. The problem lies in the fact that these illicit drugs are being mixed with deadly drug combinations and other toxic materials. On the street, counterfeit Xanax is called the “super pill” and it has the power to kill you the first time you use it.

Counterfeit Xanax contains a lethal dose of the synthetic opioid drug Fentanyl.  The drug Fentanyl is fifty times more potent than heroin and one hundred times stronger than morphine, which makes it a high risk for addiction, overdose, and death. Fentanyl is classified as a Schedule II controlled narcotic in the U.S. and when mixed with Xanax produces an extremely dangerous drug.

Nine people have died in Florida after taking the drug, and law enforcement in the State is trying to bring public awareness to the problem. Fake Xanax is being sold for $5.00 a pill on the street, and all it takes is one pill to kill you. That’s a very cheap price to pay for a drug that puts your life on the line. Florida law enforcement is busy investigating all avenues to try and find the producers of these drugs and anyone found guilty of producing or selling fake Xanax will be charged with first-degree murder.

While Florida is leading in fake Xanax deaths, the drug has been found in many other States in the nation. Officials in San Francisco are also working to alert the public and try to find the producers and pushers of fake Xanax. There have been multiple hospital emergency room visits by users who were experiencing fake Xanax side effects such as heart attacks, heart failure, or dangerous depression of the respiratory or central nervous system. Other cities across the nation are also witnessing the dangerous effects caused by counterfeit Xanax.

Fake Xanax is a high-risk drug and anyone taking prescription Xanax should never take the drug from anyone but a pharmacist. Prescription Xanax is a benzodiazepine drug used to treat anxiety and panic disorders, and it produces a relaxing, calming effect within one hour. As the top benzodiazepine drug prescribed in the U.S. there are about 50 million prescriptions of Xanax written annually. Xanax is one of the most abused and addictive drugs in the U.S. When Fentanyl and Xanax are mixed together they create a deadly drug that authorities are calling the “death pill.” Some of the additives in fake Xanax, beside Fentanyl, are baking powder, hydrochloric acid, chalk, and battery acid, that all contribute to fake Xanax side effects. Some of the dangerous fake Xanax side effects are: