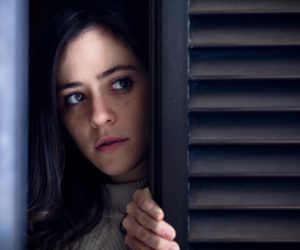 Cocaine is one of the most popular illegal drugs out there, and similarly to any form of recovering addict, recovering coke users are rightfully curious about what they should expect when withdrawing. The cocaine withdrawal timeline can be pretty a pretty rough one. While the majority of coke withdrawal symptoms are mental, rather than physical, they can still be incredibly difficult to go through when you don’t know what to expect. With that in mind, we are going to take a look at coke withdrawal symptoms and a general cocaine withdrawal timeline that anyone recovering from cocaine addiction will be able to use to better serve their recovery.

Unlike drugs with a higher half-life of heroin and marijuana, cocaine withdrawal symptoms will appear less than twenty-four hours after the drug was last used. While the majority of cocaine withdrawal symptoms are not very severe, the cravings associated with abstinence from cocaine can be intense. The desired effects of cocaine are generally summed up as euphoria, increased energy, increased confidence, and a desire to move. These factors played a major role in skyrocketing the usage of the drug in the ’80s, where it gained popularity as a common party drug. However, since cocaine interacts with the serotonin and dopamine receptors, as well as the production of those chemicals, in the brain, coke withdrawal symptoms are generally the exact opposite effect of cocaine’s high. This results in symptoms that leave recovering addicts feeling depressed, tired, and extremely irritable.

While depression and irritability are the most common withdrawal symptoms, there are a number of different signs of cocaine addiction that will manifest themselves during the cocaine withdrawal timeline. You can see a few examples of these symptoms in the following list of coke withdrawal symptoms:

In addition to these common withdrawal symptoms, you may also experience muscle aches, cramps, tremors, twitching, and a general inability to find joy in normally happy activities. While these can seem like terrible and insurmountable symptoms, they will pass in a relatively short period of time, especially when detoxing is done in an inpatient treatment center. The vast majority of detox centers are equipped with the coke withdrawal remedies necessary to mitigate the discomfort associated with cocaine withdrawal. We highly recommend seeking out assistance for the detox process.

While the previously listed withdrawal symptoms may seem like a lot to deal with, they will generally only last two to three weeks. While you may experience one or two of these symptoms for up to two months, depending on how regularly the drug was abused, generally speaking, the physical symptoms of withdrawal disappear rather quickly. However, cravings and dreams in which the recovering addict is using may persist as long as six months!

Since the cravings themselves will not subside for a number of months, we highly recommend that recovering addicts seek out outpatient programs or supportive group meetings during this time period in an effort to prevent relapses.

While recovery may seem scary to a struggling addict, there is almost nothing to fear when considering changing your life for the better. Treatment can be not only beneficial, but relatively painless, and free of discomfort. This is especially true when the initial detox and treatment stages are done in drug rehab centers equipped with the coke withdrawal remedies necessary for a comfortable withdrawal process.

The goal of addiction treatment is to, not just help the patient obtain sobriety, but to maintain sobriety. This is done through a number of treatment methods such as one-on-one therapy sessions, group therapy sessions, relapse prevention classes, creative outlets, exercise and nutritional programs, learning new coping mechanisms, and teaching patients how to both avoid and deal with triggers and cravings. Each treatment method is designed to assist patients going through the Cocaine Withdrawal Timeline.