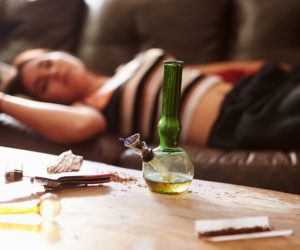 Without further delay, let’s get into the top 3 most dangerous recreational drugs.

Amphetamines are some of the most dangerous recreational drugs out there, and while most people cannot picture themselves taking meth or similar drugs; cocaine, ecstasy and adderall are some of the most commonly abused drugs for younger abusers. Adderall is commonly used by college students trying to focus and stay awake for studies, while ecstasy and cocaine are some of the most common party drugs available. Unfortunately, these drugs do not come without their negative side effects. Cocaine, ecstasy, adderall, methamphetamines, and speed are all notorious for causing cardiac arrest and heart failure, as well as a number of other detrimental health issues. While amphetamines may make you feel good for a few choice moments, the lasting effects it can have on your body and mind, are far from worth it.

Number one on our list as the most addictive drug is Alcohol. Although alcohol is legal, and acceptable for many to drink regularly, it is also one of the hardest drugs to withdraw from. For many users, alcohol is a daily drug, even an hourly need. On its own alcohol has a much higher rate of death, addiction, and related crime count than any other drug available. In moderation, alcohol consumption causes people to relax, and studies have shown that small amount can even be beneficial to a person’s overall health. When abused, the risks mount significantly, with drunk driving, overdose, liver failure, and destructive behavior being only a few of the many negative side effects. In addition, alcohol can be one of the hardest drugs to avoid. Alcohol is everywhere. Imagine if heroin addicts had to pass heroin corner stores in every strip mall, or if cocaine addicts had to watch commercials for their drug of choice in between commercial breaks for every sporting event. When faced with the question: what are the most dangerous recreational drugs? We are met with mounting studies and evidence that point to one culprit alone: alcohol.