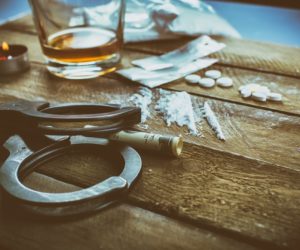 What is the Most Addictive Drug in the World: Hardest Drugs to Withdrawal From

Detoxing and withdrawing from different substances is always discomforting and scary for the vast majority of recovering addicts, and debate always rages on what the hardest drugs to withdrawal from are. Many cite heroin and similar opiates as the hardest drug to quit, due to its notoriety as an intensely potent narcotic, however, there are numerous types of drugs out there, each with their own negative impacts on the user. Some of these are more like cocaine, with a mental grip on the user rather than a physical one, and others, like alcohol, can very literally kill the user for trying to quit their habitual use. But when it comes to the question: what is the most addictive drug in the world? There are two drugs that stand out from the rest.

Hardest Drugs to Withdrawal from Benzodiazepines

One of the reasons that benzodiazepines are so dangerous and addictive, is because of the way they interact with the human brain. Similarly to alcohol, benzodiazepines interact with the brain’s GABA receptors. It’s estimated that almost one-third of the brain’s synapses use GABA receptors to maintain normal human interaction and thought-processes. When benzodiazepines are ingested, this interaction creates a potent and intense high that affects almost every aspect of the way we think, feel, and act. In most cases, by the time benzodiazepine abuse suddenly ceases, we have already developed a physical need for the substance, and as a consequence, we experience severe withdrawal symptoms.

One of the things that make benzodiazepines one of the hardest drugs to quit, is the fact that the withdrawal symptoms are capable of very literally taking the lives of the addict who abused them. There are serious health risks involved in the withdrawal process, which is why detoxing from benzodiazepines is generally assisted through medications in order to mitigate risks and discomfort.

Hardest Drugs to Withdrawal from Alcohol

While alcohol is widely accepted in social situations, to the point that drinking has become a rite of passage for many still-developing-minds across the globe, it is also the most abused psychoactive substance aside from caffeine and nicotine. While caffeine and nicotine have their own set of withdrawal symptoms, alcohol’s are much more intense in comparison, to the point that alcohol may be the hardest drug to quit.

As we mentioned earlier in our section on benzodiazepines, one of the main reasons alcohol withdrawals are so difficult to deal with is because of the way it interacts with the brain’s central nervous system. While both mental and physical cravings play an active role in the withdrawal symptoms recovering alcoholics’ experience, the largest source of discomfort comes from the brain actively trying to regain control of the central nervous system after severe damage and changes are created by alcohol abuse. But what really separates alcohol from similarly dangerous drugs like benzodiazepines when it comes to the question “what is the most addictive drug in the world”, is the sheer difficulty of getting away from triggers for alcoholics. Alcohol is everywhere. It’s on almost every street corner, in virtually every restaurant, and in the homes of the vast majority of Americans. Imagine a world where recovering heroin addicts had to pass dealers every time they tried to go to work or get a bite to eat, it sounds like torture, but it’s the reality of millions of recovering alcoholics all over the globe. And that’s the main reason why many think that alcohol is by far the hardest drug to quit.

But what about the withdrawal symptoms? If it’s legal the withdrawal symptoms for alcohol can’t be that difficult to deal with, can they? Well, alcohol is actually one of the hardest drugs to withdrawal from as well. Some of the most common symptoms of alcohol withdrawal include: shakiness or tremors, loss of appetite, excessive sweating, agitation, mood swings, restlessness, trouble sleeping, nausea, vomiting, dry heaves, increase heart rate, cardiac arrest, anxiety, disorientation, migraines, headaches, paranoia, nervousness, seizures, and depression.

If you or someone you know are struggling with addiction, don’t wait to get help. Seek treatment and recovery options that best suit you. Give us a call and we can point you in the right direction—the road to recovery!