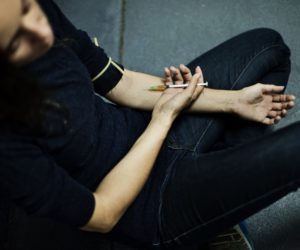 Truth in Numbers: Heroin Statistics in the US Show the Risk of a Potential Epidemic

You may already know that heroin is an opioid drug obtained from morphine and that it is one of the most lethal illegal drugs that you can find. But, what you may not know is that, when it comes to heroin statistics, the recent numbers can be quite scary.

According to recent studies published by the National Institute on Drug Abuse (NIDA) and the Centers for Disease Control and Prevention (CDC), heroin abuse has increased significantly within the last decade, drastically changing the rates on heroin death statistics and heroin recovery statistics.

Affecting both men and women alike, and within most age groups, heroin statistics show a particular increase in groups that – a few years ago – were considered the ones with the lowest rates of abuse: people with higher incomes and the privately insured.

It is very worrisome as well, that because of the increase in heroin abuse, there are also growing numbers of overdose cases and heroin-related deaths.

Another study conducted by the Department of Health & Human Services in the U.S. for the year 2016, shows the following heroin statistics:

In addition to these heroin abuse statistics, there are other numbers that pertain to how our society, lawmakers and the government tackle the issue.

By the end of 2016, it was estimated that $55 billion had been spent in health and social costs related to opioid abuse, and another $20 billion was used in emergency departments and inpatient care for opioid poisoning.

Heroin death statistics have reached the scariest point so far, prompting a state of high alert within health organizations, in both the private sector and at the state level.

According to the CDC, heroin death statistics show the following:

Organizations that work with drug addiction, alcoholism, and substance abuse have also seen disturbing numbers among the heroin recovery statistics.

The most outstanding heroin recovery statistics though, prove that not even half of the affected were seeking help or enrolling in rehabilitation treatment. The National Institute of Health stated that by the end of 2015:

Treatment to tackle the heroin addiction epidemic is safe and effective, and most importantly it is available now. No one has to become another number, another statistic. There are many high-quality treatment programs that are aimed at helping you recover and regain control of your life.