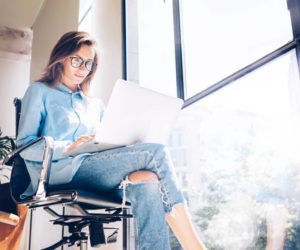 It is common for anyone considering withdrawal from heroin to wonder if it isn’t possible to do it on their own, or to do it with as little medical intervention as possible. In reality, however, research has fully established that withdrawal, when performed under meticulous pharmacological treatment, greatly improves continued engagement with a plan to withdraw from the habit. Medical treatment is the best thing for heroin withdrawals. It can help to understand exactly why this should be so, however.

Why does heroin withdrawal require treatment?

Addiction to heroin comes with physical dependence, a condition in which the brain adapts to the presence of heroin. A brain that so adapts, adjusts its internal chemical and neurotransmitter levels to the presence of the addictive substance. These levels tend to be very different from the levels seen during normal function.

When a person addicted tends to heroin stops using entirely, the brain, with its chemical levels adapted to the presence of heroin, is no longer ready for normal function. As the brain attempts to regain equilibrium, chemical levels become see disruption. Such imbalance causes severe physical effects on the brain, the much-feared withdrawal symptoms.

The effects of heroin withdrawal take the form of psychological dependence, as well. Heroin affects the brain in a way to bring about deep psychological and emotional attachment to its use. When heroin is denied while quitting, such attachment shows in the form of cravings.

Most people addicted to heroin fear these effects so greatly as to refuse to quit. Finding high-quality treatment that offers the best thing for heroin withdrawals is the most reasonable way to address such resistance.

Heroin withdrawal isn’t the same for everyone

The intensity of the withdrawal effects experienced depends on the length of time for which addiction has existed, and the amount of drug used.

For someone whose relationship with heroin has been mild, the effects tend to be unpleasant, but bearable. Nausea, watering eyes, abdominal cramps, aches and pains, and sweats and chills are likely. With a moderately well-established addiction, quitting can more serious effects — tremors, agitation and gastrointestinal difficulties are seen. With long-standing addictions, the effects can be as serious as respiratory impairment, depression, irregularities in heart function and extreme cravings.

How long does opiate withdrawal last?

Withdrawal from heroin can last anything from a week to two or three weeks, depending on the depth of the addiction. It’s important to understand that with withdrawal as torturous as it can be with heroin, not many people actually stick with treatment without adequate medical help. The most scientifically valid way to face up to heroin withdrawal is to accept medical treatment.

A number of medications are used to help ease the challenges faced by patients in withdrawal. These work by acting on the very parts of the brain that heroin works on. By acting directly on these regions of the brain, these medications block the effects that they are responsible for.

The best thing for heroin withdrawals

Methadone is a mild, slow-acting agonist. Taken orally, it takes its time acting on the brain, an effect designed to make the resulting high as mild as possible. The drug has been well-tested for over a half-century. Since methadone can be abused, it is only offered to patients on single-day prescriptions. Patients need to visit the clinic each day.

Buprenorphine, a partial agonist, prevents cravings from appearing, but without allowing the high drug use from showing. A combination is often prescribed for patients who do not appear highly motivated to get better. In combination with Suboxone, an opioid agonist, the drug becomes difficult to use for those wish to inject it. It can be so difficult to misuse, it is available on long-term prescriptions. It is much more convenient than methadone.

Naltrexone is the most convenient of all three. An antagonist, it completely blocks opioid receptors in the brain, and therefore does not lend itself to abuse. Naltrexone is available as an injectable that lasts for long, as well.

Each one of the different medications available to suppress withdrawal works well different under circumstances. What is needed is a qualified addiction specialist to make the right prescription. Finding a quality rehab is the way to find such a specialist.