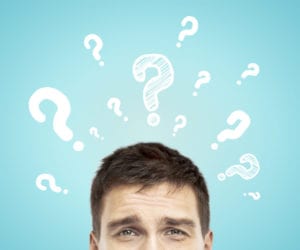 Read About the Signs of Cocaine Overdose

Cocaine is not usually a drug that is associated with nausea. However, it is one of the early signs of an overdose to cocaine. The nausea comes about from an overstimulation of the nervous system, specifically in those nerves that communicate with digestion, appetite, and the like. Because the internal systems are in overdrive, nausea occurs. Additionally, nausea commonly occurs along with heart problems and cardiovascular distress, which can also occur with both cocaine abuse and overdose.

Because stimulants cause so much excitation in the nervous system, that added energy often needs some place to do, particularly in the case of an overdose. As such, another one of the many signs of cocaine overdose is tremors. These tremors often occur first and primarily in the extremities, including the hands, feet, arms and legs. However, the tremors many affect the whole body and can include tremors in the eye muscles and abdominal muscles.

Psychosis is a mental disorder that involves a complete disconnect from reality. This disconnect from reality can occur in many ways. In extreme cases, it can mean that a person has full-on hallucinations and delusions. Other times, a person may simply have an over-inflated or expanded sense of self-importance and self-worth. This can involve the individual thinking they are invincible. Additionally, they may think that they can jump off of a roof or are the smartest person in the world. There are many forms of self-delusion and extreme self-importance that can occur. Psychosis can be a serious mental health issue that occurs with overdose, especially because it can lead to reckless and dangerous behavior.

Now knowing an understanding all of these signs of cocaine overdose, you can see why knowing these signs is just as important as understanding narcotic overdose symptoms. If you or someone you love suffers a cocaine overdose, seeking medical care and attention is vitally important and can help to prevent permanent and long-term damage to your health.