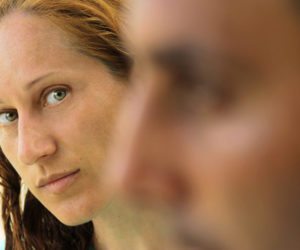 How to Tell If Someone is Displaying Symptoms of Percocet Withdrawal

Percocet is one of the most commonly prescribed drugs for short-term relief of severe pain. Unfortunately, just because it’s prescribed by a doctor doesn’t mean that it’s free of addiction risk. Percocet is a type of opioid drug and can become addictive if used too frequently or in doses that are too large. Symptoms of Percocet withdrawal usually begin to appear within a day once the process of addiction has begun.

When a Percocet addiction forms, a “physical dependency” on the drug develops. This is a state in which the brain chemistry is actually altered in such a way that you’ll feel powerful negative symptoms if you go for too long without the drug. “Withdrawal” is the state in which these symptoms manifest. It is usually fairly clear when someone is in a state of withdrawal from their Percocet use. The following information will help you to recognize the signs and symptoms.

How Soon Does Percocet Withdrawal Start?

The onset of Percocet withdrawal symptoms varies from person to person. In addition to individual factors, it will also depend on how long they’ve been taking Percocet for and the size of their usual doses.

The general range is from 6 to 30 hours from the last dose before withdrawal symptoms begin, however. Since Percocet is a short-acting opioid, the symptoms will likely start closer to 6 hours than they will to 30.

How Long Do Withdrawal Symptoms Last?

Percocet users who have gone “cold turkey” from the drug report their withdrawal symptoms tend to last for roughly a week. Symptoms will hit their peak after about 72 hours and will remain intense throughout the rest of the withdrawal period.

What Are The Symptoms of Percocet Withdrawal?

Symptoms of Percocet withdrawal commonly include excessive production of bodily fluids such as watery eyes, runny nose, and sweating. Percocet patients in withdrawal also usually feel agitated or anxious, and will yawn frequently yet will have serious difficulty in getting to sleep or staying asleep. Some may also experience an accelerated heart rate, hypertension, and fever in the early stages.

Symptoms get more serious and bothersome to the patient as time goes on. When the symptoms hit their peak, patients usually feel nauseous and may experience diarrhea or vomiting along with stomach cramps.

Patients may or may not feel obsessive cravings for the drug. Many people who take opioids long-term for chronic serious pain become physically dependent and will experience withdrawal symptoms if they stop their doses, but do not experience a craving for more frequent or larger doses than the ones their doctors prescribe. These patients will generally want the drug to stop the unpleasant symptoms, but will not experience an obsessive need for it. Those who are feeling a strong compulsion for the drug have likely developed a psychological addiction along with a physical dependency.

Generally speaking, quitting opioid drugs “cold turkey” doesn’t carry the serious physical health risks of doing so with alcohol or benzodiazepines. The most serious health threat is actually due to dehydration as days of vomiting and diarrhea are virtually guaranteed.

The biggest problem with the “cold turkey” option is actually the psychological component of addiction and dependency. Percocet users generally find the unpleasant withdrawal symptoms (and possible associated cravings) to be too powerful to “ride out” for a week. Patients who have been in withdrawal for days commonly overestimate the dose they need to take to feel good again. Combined with a reduced tolerance due to the long period of abstinence, this creates serious potential for death by overdose.

Due to the risk of overdose and the low rate of success, the “cold turkey” approach is generally not recommended by medical professionals.

If you feel that your Percocet use has developed into abuse and is creating problems in your life, the best way to address the problem is a period of medical detox followed by supervised treatment at a licensed and certified rehab facility like WhiteSands Treatment. Detox provides a safe, supervised environment in which medications can be administered to help get you through the roughest patch of Percocet withdrawal.