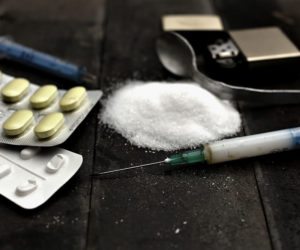 9 Most Abused Drugs in Florida

Alcohol is legally available, but it is one of the most abused drugs in Florida. Unfortunately, as alcohol is legal and so readily available right across the state, many people don’t recognize that it is still an addictive substance. In fact, many people underestimate how seriously addictive alcohol can be, associating it with a way to party with friends or to relax after a stressful day at work.

Florida is currently seeing historical declines in the amount of cigarette use among young people and an increase in the number of adult smokers quitting. Yet nicotine remains one of the most commonly abused drugs in Florida (1).

Marijuana is the most commonly abused illicit drug anywhere in the world. The strong advocacy of so many people across the nation determined to believe that marijuana is somehow healthy or medicinal, along with the legalization of recreational use has led to a sharp increase in use in recent years (2). Yet marijuana is still an addictive substance that can trigger serious mental illness symptoms in many users

Commonly abused opiate painkiller medications include oxycodone (OxyContin), hydrocodone (Zyhydro ER), fentanyl (Duragesic), morphine and methadone.  The number of people admitted into addiction rehab treatment programs in Florida in 2016 was 13,038 (1). There was a 69% increase in the number of deaths caused by rogue fentanyl from the previous year.

Cocaine may not be as widely used today as it was back in 2006 or 2007, but it is still one of the most abused drugs in Florida. Reports indicate that 36% of all crime lab items seized in Florida are cocaine-related.

It’s widely assumed that heroin is one of the most abused drugs in Florida. However, there were 779 recorded heroin overdose deaths in the state in 2016 (1), as compared to 4,608 overdose deaths caused by prescription opiate painkiller medications.  The recorded number of heroin-related overdose deaths is 74% higher than the previous year.

Methamphetamine use is an increasingly serious problem right across the state. The number of methamphetamine-related deaths in Florida went from 93 in 2004 up to 305 by 2015 (1).

Flakka is a Florida new drug problem causing serious concern with authorities. Flakka (alpha-PVP) is a synthetic stimulant drug that causes the user to experience a brief, but intense sense of euphoria, followed by symptoms of psychosis, agitation, delirium, violent behavior and increased heart rate.  In 2012, authorities reported 2 cases of Flakka abuse in Florida. By 2015 there were 1,661 cases reported. However, distribution of the illicit substance has declined in late-2016 and throughout 2017.