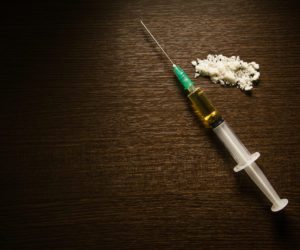 Heroin addiction has become a serious public health concern right across the country. The heroin epidemic may be attributed in part to the increase in the number of people abusing prescription opioid painkiller medications.

Many people associate heroin addiction as being the linked to people within the lower socio-economic classes. They maintain a stereotypical image of a ‘junkie’ wandering the streets willing to do almost anything to get enough money to pay for another hit.

In reality, the heroin epidemic is no longer limited to any specific demographic or socio-economic group. Recent opioid epidemic statistics (2) show an increase in abuse of prescription opioid medications right across the country. People often assume that taking prescription opioid painkillers is safer than illicit street drugs simply because they are prescribed by a doctor.

Studies (1) into the rise in heroin addiction indicate that the rise in abuse of prescription opiate painkiller medications could be associated with an increase in the likelihood of progressing to heroin use. Research into the heroin epidemic indicates that almost 50% of users who inject heroin reported abusing prescription painkillers before turning to heroin.

Users develop an initial physical dependency on prescription opioid medications, such as OxyContin or Vicodin. Obtaining opiate painkiller medications legally requires a prescription written by a doctor, so it’s common for many users to take medications that were prescribed for other people. If the user can’t get a prescription, they may attempt to source the medication on the black market.

Prices for prescription narcotic drugs on the black market can be expensive, as the medications aren’t always readily available. By comparison, the price of an equivalent dose of heroin is substantially cheap and relatively easy to find in almost every city and county across America.

Aside from opiate narcotic painkillers, there is also some research (3) to suggest that long term abuse of marijuana is likely to precede use of other illicit substances as users seek a better buzz or high.

Other Factors Contributing to Heroin Addiction

While abusing gateway drugs contribute to the increased likeliness of developing heroin addiction, there are also a range of other factors that may determine a person’s risk for drug abuse.

Opioid epidemic statistics suggest that a large number of people struggling in a cycle of addictive drug use also have symptoms of at least one mental health disorder. According to the National Survey on Drug Use and Health (4), 45% of people with addiction also have a co-occurring mental health disorder.  If the symptoms of the mental illness is improperly treated or remains undiagnosed, the risk of turning to drugs in an effort to self-medicate is increased.

It’s estimated that approximately 48% of opiate users have struggled with symptoms of depression at some point in their lives (5). In an effort to elevate mood and escape from painful feelings or emotions, many of those people may succumb to the lure of opiate drugs.

However, opiate drugs cause changes within the brain’s chemistry that can trigger symptoms of depression or worsen existing symptoms.

Most people assume that treating heroin addiction simply requires the addict to get through a few uncomfortable days of detox. In reality, detox only eliminates the effects of the drug from the body. It does nothing to address the underlying psychological triggers behind addictive behaviors.

In order to break free from the grip of heroin addiction, a combination of specialized drug rehab therapies and treatments are required. If the person also has a co-occurring mental health disorder, treatment needs to incorporate the correct psychopharmacology to ensure both disorders are treated simultaneously.