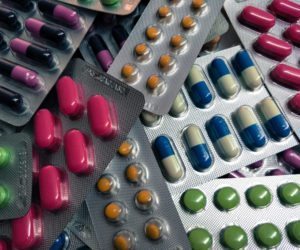 Drug Information – What is a Narcotic?

Substance use disorder is a problem experienced throughout all the countries in the world. The United States had as many as 23.5 million people over the age of 12 that needed professional treatment for substance abuse in 2009 and only 2.6 million of those people actually found the help they need. What is a narcotic and how can you avoid the dangers of using the substances? In this article, we will look at what a narcotic is and commonly abused narcotics.

What is a narcotic? The word narcotic comes from the Greek language for their word that means “to make numb.”  As such, the narcotic drugs definition includes drugs that give a sense of euphoria while numbing sensations of pain.

In America, the word narcotic is most commonly used to refer to opioids and opiates – the synthetic and natural forms of morphine. Opioids include drugs such as prescription pain relievers and opiate drugs include heroin. What is a narcotic in medical terms? Medically, a narcotic refers to drugs with negative effects on the user’s health and wellbeing when abused.

The following are types of narcotic drugs that are commonly abused to achieve a euphoric feeling:

This narcotic is made from the poppy plant. It can be sold in a solid or liquid state, but usually, comes in brownish powder. It is often smoked, injected or ingested orally.

This is a prescription drug that can be snorted, injected, smoked or taken orally. A commonly abused opioid, hydromorphone is a highly potent substance.

Another prescription painkiller, oxymorphone is twice as strong as Oxycodone and is usually given to patients who have a tolerance to other opioids.

Heroin is a Schedule I controlled substance in America due to its highly addictive properties. Many people who become addicted to prescription painkillers turn to heroin when they can no longer find doctors willing to prescribe painkillers. Heroin is most commonly smoked and injected. It can also be snorted if the quality is high.

This drug is also prescribed to patients who are tolerant to other prescription pain medication due to its strength. It is as much as 100 times more powerful than morphine.

Unlike other medication in this category, tramadol has added properties that increase the pain-killing properties. It blocks the removal of serotonin and norepinephrine further increasing its pain-reducing properties. Tramadol is most commonly abused by people who have abused other opioids.

Considered to be one of the best medications in the treatment of severe pain, morphine is used in chronic and acute pain management. It is derived from the poppy plant making it a natural pain reliever or opiate.

According to the DEA, hydrocodone is the most prescribed opioid pain reliever in the United States. America accounts for as much as 99% of the world-wide hydrocodone use leading to tighter regulation of the medication.

This Schedule II controlled substance is one of the most controversial opioids in America. The time-release formula that is seen in brand names such as OxyContin has been seen as a major player behind America’s current opioid epidemic.

What is a narcotic and how can it affect me or my loved ones is something that every person who uses or abuses opioids should ask. Find help today at WhiteSands Treatment to break the cycle of addiction.