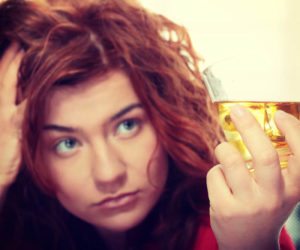 Men and women use and metabolize alcohol differently. Learn about some of the gender differences in alcohol consumption between men and women.

We’ve heard that women are from Venus, and men are from Mars, and enough differences between the genders exist to make a case for this old adage. But few people realize that there are gender differences in alcohol consumption as well as other, more obvious differences.

Here, we’ll look at some alcoholism gender statistics to illustrate the gender differences in alcohol consumption.

The biological differences between women and men play a big role in the gender differences in alcohol consumption. While women typically begin using alcohol in lower quantities than men, their alcohol abuse escalates to addiction more quickly, and alcohol affects their health more adversely than it affects men’s health. The main biological differences between men and women concerning alcohol consumption are due mainly to genetics and hormones.

Genetics account for about half of your chances of developing an addiction. Genetics are usually associated with a family history of addiction, but the source of the genes matters. Genes that increase your risk of addiction that come from a family member of the same sex have a greater influence than genes that come from a family member of the opposite sex. Additionally, relatives of an alcohol-addicted woman may be at a higher risk of becoming addicted than relatives of an alcohol-addicted male. Genes can also act differently in people of different genders, further influencing whether someone is predisposed to addiction.

Some gender differences in alcohol consumption are related to hormones. For example, the female sex hormone estradiol, which is also found in men, but in lower levels, increases the motivation to take drugs, according to a study published in the journal Frontiers in Neuroendocrinology. Meanwhile, progesterone, which is produced in the ovaries in large amounts and also found in men, counteracts the effects of estradiol. Fluctuations in these hormones experienced by women during their menstrual cycles can affect cravings, making relapse more likely during particular times of the cycle.

When looking at gender and alcohol consumption, it’s important to understand that environmental and cultural factors can make a big difference in the way men and women consume alcohol.

Attitudes about the roles of women and men growing up have an important impact on gender and alcohol consumption. For example, people who grow up in homes where the women don’t drink–or they don’t drink to excess–will have certain attitudes about female drinkers. They may believe it’s not ladylike, and they may associate women drinking with other negative behaviors.

This can shape whether a woman drinks socially, and it can affect how she feels about herself and her alcohol consumption. Women report feeling more guilt and shame about their substance abuse or addiction than men do, and they may be less likely than men to seek treatment because of it.

Additionally, alcoholism gender statistics show that women report more depression and anxiety than men, and these and other mental illnesses increase their risk of substance abuse and addiction. However, men are less likely than women to seek help for anxiety and depression, increasing their risk as well.

In general, women face more barriers than men when it comes to getting help for an addiction, including financial and family considerations. They’re often less likely than men to seek treatment because of them.

For many, gender-specific treatment is essential for successful recovery. This is especially true in cases where there’s a history of abuse or other trauma. Additionally, women who are pregnant and members of the LGBT community often recover best in a gender-specific program.