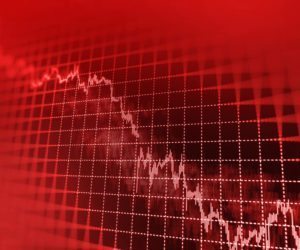 US life expectancy falling due to the opioid epidemic is the most serious health crisis this country has faced in many decades. The average loss is about two-and-one-half months. This is the first decrease in life expectancy since 1993. Many of the side effects of opioid addiction cause havoc with the body’s organs including the brain, and the death rate from opioid overdose has tripled since 2010. WhiteSands Treatment works with individuals desirous of recovering from addiction.

US Life Expectancy Falling Due to Opioid Epidemic

At the present time, there is no indication this annual increase in opioid deaths is going away. More than two million people are abusing prescription pain pills and street drugs. Opioid painkiller prescriptions were dispensed in increasing numbers by physicians. In 1992 the number of prescriptions written annually was 112 million, but by 2012 the annual number peaked at 282 million.

In 2016, the number of annual prescriptions fell to 236 million. In addition to the legal painkiller addiction crisis, illicit street drugs are also contributing to the epidemic. When doctors refuse to refill prescriptions or place limits on the number of pills they will allow a patient to have, those people who have become dependent on the opioids start looking for them on the street. US life expectancy falling due to opioid epidemic excludes the socioeconomic group.

Business executives, teachers, lawyers, college professors, business owners, and other well-educated people find themselves addicted to painkillers, and no place to get them legally. Street opioids include illegally obtained morphine, oxycodone, and hydrocodone as well as heroin and illicitly produced fentanyl. It is startling to realize that over ninety-nine percent of the world’s hydrocodone consumption takes place in the United States.

The opioid epidemic statistics are alarming, and something must be done to save the youth of this country. The number one killer of Americans under the age of fifty is a drug overdose, and 500,000 could die in the next decade. The following opioid epidemic statistics are from 2015 and provided by the US Department of Health and Human Services (HHS).

Originally intended to provide pain relief following accidents, injuries, and surgery, opioid painkillers have themselves become a medical health crisis. The reality is patients are dying from the misuse of opioid painkillers that were meant to help. Prescription opioid abuse eventually leads to a less expensive heroin addiction. Heavy marketing of these drugs along with uncontrolled prescriptions created the dangerous opioid epidemic that exists today.

When a person is prescribed a painkiller, they don’t plan to become addicted to the drug. Gradually he or she becomes tolerant of the drug, and a higher dose is required to receive the same level of pain relief. The abuse begins innocently with the thought of just increasing the dose occasionally, but when the user runs out of pills before a new prescription can be refilled he or she will feel the effects of withdrawal. That is when tolerance can become abuse and then addiction.

WhiteSands Treatment provides help to those in need of addiction treatment. A quick phone call will put you in touch with a counselor that can talk to you about your options and the importance of getting off opioids immediately. Don’t hesitate. Call today, your future is waiting.