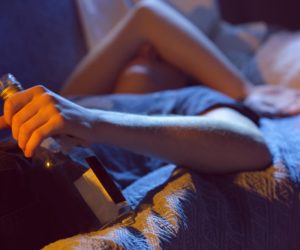 Drinking alcohol in college is often placed in a positive light through movies and other media. In truth, binge drinking in college has many dangers to the person’s health, their academics and the dangers that come from their unsafe behavior. Based on finding by the National Institute on Alcohol Abuse and Alcoholism, showing some of the college drinking statistics, as many as 80 percent of college students partake in drinking alcohol and around 40 percent of those students binge drink.

In this article, we will explore the dangers and effects of binge drinking in college students.

College drinking statistics such as the report by the California Polytechnic State University at San Luis Obispo show that as many as a third of their students have missed their classes due to alcohol use. A further 25 percent of their students had bad results in various exams because they were suffering from a hangover.

Drinking alcohol, especially binge drinking it, can limit a student’s abstract thinking capabilities for several days and impair their ability to retain information from before they binge drank. As a student misses classes and receives poor results on their tests, it is not uncommon for students to have a steady decline in their grades as the drinking continues, and they may even be put on academic probation.

Binge drinking in college can lead to issues surrounding a person’s brain development. Since the brain continues to develop through a person’s early 20s, binge drinking during this time can result in impaired function, possibly leading to future addictive behaviors and poor judgment.

As many as 600,000 students in college are injured every year through burns, falls and other accidental injuries while they are intoxicated, according to College Drinking Prevention. Nearly 700,000 college students are also involved in fights with other students due to alcohol.

One of the dangerous effects of binge drinking in college students is the risk of alcohol poisoning. Few people find help for this condition until it is too late. The symptoms that people experience during alcohol poisoning include the following:

Due to the fear that students have of being reprimanded for excessively drinking on campus, the medical assistance that a person needs for alcohol poisoning may not be found in time, which can cost the person their life.

Apart from the many physical assaults that occur during intoxication, and the many run-ins that people have with campus security and the police after drinking, there are other dangers of binge drinking. It is estimated that around 400,000 college students have unprotected sex while drunk each year. This opens them up to the risks of unplanned pregnancy and sexually transmitted diseases such as HIV/AIDS. Date rape and alcohol-related sexual assaults are another danger of excessively drinking on campus grounds.

Campus vandalism while a person is drunk can often results in expulsion from the school. Driving while intoxicated is another major concern as around 3,360,000 college students choose to drive while drunk each year.

While having a drink or two may not be detrimental to a person’s life, binge drinking during an important time such as college can cause several problems. If you or a friend needs help to stop binge drinking or alcohol abuse, call the White Sands Treatment Centers on (877) 855-3470 today.