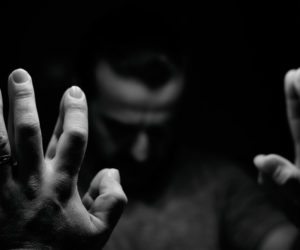 The director of the Centers for Disease Control and Prevention (CDC), Dr. Debra Houry warns that the nation’s opioid epidemic is getting worse, not better, and shows no signs of abating in the near future.

Even more alarming, the opioid abuse statistics by state show a continued increase in the number of opioid overdose deaths. Recent opioid epidemic statistics from the CDC confirm that more than 64,000 drug overdose deaths were recorded in 2016, the highest number recorded in the United States in a single year.

The commissioner of the Food and Drug Administration (FDA) warns that many people develop their initial addiction to opioids after first being prescribed the drugs to treat a medical condition. While prescription opioid painkillers are useful medications for treating chronic or acute pain in the short term, some people may develop tolerance to the medication quickly.

Tolerance is when the body becomes accustomed to the level of the drug in the system. Over a period of time, the person requires higher doses in order to achieve the same effects that used to be reached with much less.

Some people may attempt to increase the dose to higher levels than were prescribed by the doctor in order to achieve the effects they want. The result is an increased risk of accidental overdose.

However, not everyone who becomes addicted to prescription opioid painkiller medications began their dependence after being prescribed them for treatment. Once the addiction has taken hold, many of those people may turn to heroin as a cheaper, more readily available source of opiates.

Others take painkiller pills simply for recreational purposes. There is a common misconception around that prescription opiates must somehow be safer than illicit street opioids like heroin, simply because they’re prescribed by a doctor.

According to the CDC, opioid abuse statistics by state show that the five US states with the highest rates of drug overdose death per capita in 2015 were West Virginia, New Hampshire, Kentucky, Ohio, and Rhode Island (1).

However, the same opioid abuse statistics by state also reveal that there were significant increases in the number of drug overdoses, both fatal and non-fatal in almost every state. The states with significantly increased opioid epidemic statistics for overdoses included New York, Ohio, Florida, Connecticut, Louisiana, Michigan, New Jersey, and Pennsylvania.

In an effort to overcome the national opioid epidemic, health officials have put into place a plan of action that involves several approaches. Some areas focus solely on preventing opioid overdose deaths by improving opioid prescribing practices and reducing exposure to opioids.

Others aim squarely at providing help, resources and treatment options for those already caught in the grip of opiate addiction. Widespread availability of anti-overdose drug, Naloxone (Narcan) is also designed to reduce the fatality rate caused by overdosing on opioid drugs.

Other than collecting statistical data about the severity of the problem, the CDC’s role in the opioid epidemic is to provide as much publicly-available information and education about opioid abuse and aiming to help users make safer choices. The CDC also aims to improve patient safety and provide guidance, resources and recommendations that allow individual states to implement their own strategies for managing opioid abuse.