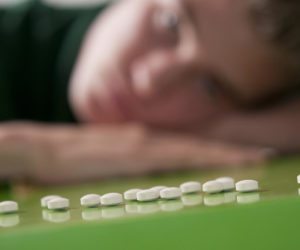 The dangers of prescription drugs when they’re not taken as directed include legal, health, and relationship problems as well as addiction and dependence.

But drug overdose is just one of the many dangers of prescription drugs. Prescription drug abuse among teens leads to serious problems at school and home as well as relationship, health, and even legal problems.

Research shows that a large percentage of teens and their parents believe that prescription drug abuse is safer than illegal drug abuse, because prescription drugs are prescribed by a doctor. But in prescribing drugs, physicians take into account a number of factors, including the patient’s weight, age, other medications they take, and how long it takes for a particular pill or capsule to dissolve and release the medication. Taking someone else’s prescription can lead to serious drug interactions, overdosing and dangerous side effects.

The dangers of prescription drugs in the opioid class include reduced respiratory and heart rate. Some opioid medications, such as fentanyl, are many times more powerful than others, and teens who don’t know what they’re taking or what a pill’s dosage is are at a high risk of overdosing.

The dangers of prescription drugs like Adderall and Ritalin can lead to dangerously high body temperature, irregular heartbeat, and paranoia. Abusing sedatives can cause dangerous effects like shallow breathing, disorientation, and long-lasting learning problems.

Because teenagers’ brains and bodies are still developing, they’re more susceptible to long-term problems stemming from prescription drug abuse, which may include problems with judgment and inhibition. These, in turn, may lead to an increased risk of HIV and other sexually transmitted diseases as well as problems related to engaging in other high-risk behaviors.

One of the biggest dangers of prescription drugs being misused by teenagers is the risk of developing an addiction or dependence on them.

Heavy drug abuse causes changes in the brain’s physical structures and chemical functions. These changes can lead to addiction and dependence.

Addiction is characterized by compulsive drug use even though the drugs are causing problems in your life, such as relationship, financial, legal, or health problems. Once an addiction develops, professional help is almost always needed to end it for the long-term.

Dependence is a physical reliance on drugs. As the brain changes the way it functions in order to compensate for the presence of the drugs, increasingly larger doses are needed to get the desired effects. At some point, brain function may shift so that the brain now operates more comfortably when drugs are present than when they’re not. When drugs are withheld, normal brain function rebounds, and this causes withdrawal symptoms. Withdrawal symptoms are an indication that a dependence has been developed. Medical detox is essential for safe withdrawal from prescription drugs.

These aren’t the only causes of prescription drug abuse. According to the National Institute on Drug Abuse, recent research has raised concerns that the legitimate prescribing of opioid painkillers to teens can lead to opioid misuse and addiction later on. According to the study, teens who were prescribed opioid pain medication were at a 33 percent increased risk for misusing opioids between the ages of 19 and 25, even among the lowest-risk groups. Researchers suggest that the pleasurable effects of opioids, along with the perception that they’re safe, may account for misuse later on.

Preventing teenage drug abuse is a major priority in the U.S. and requires a three-pronged approach:

If you or a teenager you love is abusing, addicted to, or dependent on prescription drugs, WhiteSands Treatment can help through a high-quality, holistic, and age-appropriate treatment program.