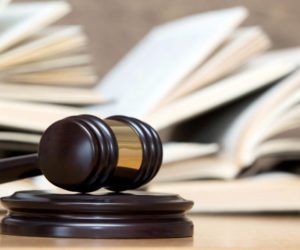 List of Opioid Manufacturers Being Sued by Kentucky Cities

Several cities in Kentucky banded together to sue the long list of opioid manufacturers for their part in the opioid epidemic that has gripped the state. This comes on the back of the latest opioid epidemic casualties from the CDC showing that over 64,000 people lost their lives as a result of drug overdoses – the highest reported preventable deaths related to drug overdoses in recent history. The opioid class action lawsuit hopes to reclaim some of the economic cost that the crisis has had on the state in an effort to continue the fight in the war on drugs.

Why Are Manufacturers Being Blamed?

Officials in cities such as Lexington strongly hold opioid drug manufacturers responsible for their role in the current crisis. The list of opioid manufacturers includes up to 15 companies that have flooded the streets of Kentucky with unnecessary opioids that have found their way into the hands of people of all socioeconomic statuses. While the government intends to place fines on the manufacturers that produce these drugs, the state of Kentucky hopes to be awarded money in the case so that it can be put it back into the various agencies that are on the front lines in the fight against opioid addiction.

The economic cost of opioid epidemic has taxed many agencies that aren’t prepared to handle a crisis of this magnitude, with even the employees at these agencies losing their children to the epidemic. The economic cost of opioid epidemic runs well into the millions, even in smaller cities. This cost comes from the treatment programs that have been made available and the use of Narcan – a cure for opioid overdose.

Manufacturers are being blamed because of the changes that happened with the prescription of opioids. At first, opioid pain relievers were found to be extremely useful for people suffering from end-of-life pain and cancer. Manufacturers and pharmaceutical companies then decided that the drugs should be used for a wider array of conditions. Doctors then followed what they were being told about the usefulness of the substance, filling homes with the dangerous drug. Not only have manufacturers pushed the sale of these opioids, but they have made alternatives much more expensive and harder to get.

City Mayor Jim Gray stated that the opioid class action lawsuit against the list of opioid manufacturers believed to be at fault is the only logical step forward. In the press conference, Gray stated that between 2013 and 2016, the total number of opioid-related deaths for Lexington doubled. Fayette County has the second highest number of heroin-overdose deaths in the state, and the second highest number of death resulting from fentanyl abuse – an opioid that is 50 to 100 times more potent than the well-known opioid, morphine.

By suing the list of opioid manufacturers in the lawsuit, officials in Kentucky hope to not only reclaim some of the tax payer’s money that has been used in this crisis, and also hopes to establish a trust fund that can be used in future drug treatment and prevention programs.

The law firms hired by the city includes some of the most experienced lawyers in the county such as Baron & Budd, Thomas, Rafferty, Carper, Bee & Deitzler, Greene Ketchum Bailey & Tweel and McHugh Fuller Law Group among others.

Stronger steps are being taken across the country to combat the dire opioid crisis, including this lawsuit. Many more issues lie ahead in this national emergency. For more information, contact the White Sands Treatment Centers at (877) 855-3470.