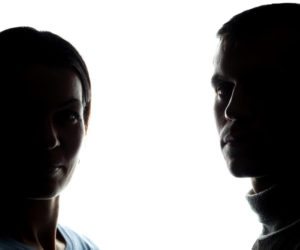 Addiction in Men and Women – Who is at Risk for Opioid Addiction More?

The opioid crisis affects people young and old, rich and poor, and it doesn’t discriminate between the sexes. In 2015, America saw 20,101 people die from opioid-related overdoses with a further 12,990 deaths as a result of heroin overdoses. It is clear that opioids are a dangerous drug that affects many people’s life negatively, but who is at risk for opioid addiction? Are men or women more susceptible to the effects of the drug?

In this article, we will look at risk factors for opioid use in men and women and who is at risk for opioid addiction.

Various studies conducted over the years by institutions such as SAMHSA showed that men are at higher risk of developing substance use disorder to nearly all types of drugs. Overdose situations where people go to the emergency room are seen more often in men than in women.

In most age groups, men have higher rates of dependence to drugs and alcohol than women do. However, women have as high a likelihood to become addicted once the substance abuse starts. Women also experience greater cravings than men do and are at a higher risk of relapse. Cravings and relapse are two very important aspects of the cycle of addiction that usually cause it to be a long-term problem.

When looking at the differences between men and women, who is at risk for opioid addiction? While opioid pain relievers and heroin has practically similar effects in both men and women, there are some differences that can cause an increase in overdose, misuse and dependence rates.

Research from 1998 suggests that women generally feel the effects of pain more than a men when exposed to the same levels of pain. Therefore, women are more likely to suffer from chronic pain – the type of condition that opioids are often prescribed for. This could be one of the reasons why prescriptions for opioid pain relievers are more commonly given to women than men.

In cases where both women and men report the same level of pain, the opioid abuse risk factors in women without being given a prescription was higher than in men. Women have also been shown to be more likely to abuse opioids in an effort to self-medicate mental issues such as anxiety or stress than men.

Between 1999 and 2010, the rates of overdoses that resulted in death increased at almost double the rate in women than it did in men – 400 percent compared to 265 percent. According to reports by the CDC, women who are aged between 45 and 54 had a higher risk of fatal overdose than women of other age groups.

By looking at who is at risk for opioid addiction when comparing men and women, it appears that while both sexes have a substantial risk factor, women have higher risk factors for opioid use than men do. If you seek addiction treatment for opioid dependence for yourself or a loved one, contact the WhiteSands Treatment Centers today by calling us today at (877) 855-3470.