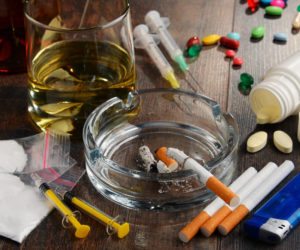 What Are The Most Addictive Substances?

Addiction is a disease, and it affects people in different ways. It has been challenging for scientists to definitively rank the “addictiveness” of various drugs. The following drugs are the most addictive substances, which fall into both legal and illegal categories.

The 5 Most Addictive Substances

There are many addictive substances, and many have derivatives that are equally dangerous and subject to abuse. Some of the most addictive substances are prescribed legally prior to being abused, and some are illegal street drugs. All of them are dangerous and life-altering. In the 1800s and early 1900s, heroin was used for medicinal purposes. Fortunately the medical community discovered the dangers it presented to their patients. Many babies were given morphine in over-the-counter teething pain-relief preparations. The drugs researchers consider to be the five most addictive substances are the following:

Morphine (derived from opium) is the parent drug of the opioid heroin. Heroin is considered to be the most addictive drug in the world because, for many, the first dose leads to addiction. According to the National Institute on Drug Addiction (NIDA), “a full twenty-three percent of people who have ever used heroin became addicts.” Heroin is illegally processed from morphine and is often mixed with chemicals to dilute it.

Some users inject heroin and frequently reuse or share the needles, which contributes to spreading deadly HIV and Hepatitis C. Injecting heroin can result in collapsed veins, skin abscesses, scarring, heart disease, and a decrease in liver function. Users who smoke heroin have a lower addiction rate than those who inject the drug.

Cocaine is another drug that has shown a high potential for abuse and is on the most addictive drugs list. Users become addicted both physically and psychologically resulting in many serious health risks. Cocaine is a stimulant that affects the central nervous system, and it elevates blood pressure, heart rate, and body temperature. Users feel they have lots of energy, eat less, and get very little sleep.

Cocaine abusers are very talkative, easily excited, and feel very self-confident. In 2011, over one half million cocaine users ended up in the hospital emergency room due to misuse of cocaine.

Nicotine is considered the third most addictive substance, and it is found in cigarettes, chewing tobacco, cigars, pipe tobacco, smokeless tobacco, and the liquid used for electronic cigarettes. Nicotine is on the most addictive drug lists because it is so hard to quit once the addiction is established.

Barbituates are highly addictive, and an overdose can be life-threatening. The drug cause sleepiness and relaxation when used as prescribed. Barbituate abusers can build a tolerance quickly and may display behavior that makes the user seem intoxicated.

Tolerance to the lethal effects of barbituates develops slowly, and if they are used for very long severe poisoning can occur. It can be life-threatening to just stop taking barbituates, and the smallest overdose can lead to coma or death.

Alcoholism is a disease like all other addictions. The alcoholic craves consuming alcohol without any concern about how it will affect their life, job, family, and health. Alcoholics need to go through withdrawal in a supervised setting as some symptoms can be very serious and possibly life-threatening without medical care.

WhiteSands Addiction Treatment Center is a professional and medically staffed facility that can treat all forms of addiction including heroin, the most addictive drug in the world.

Do you know someone plagued by an addiction? Are you suffering with a substance abuse issue? WhiteSands addiction Treatment Center can help you get free of your addiction and teach you how to stay in recovery.