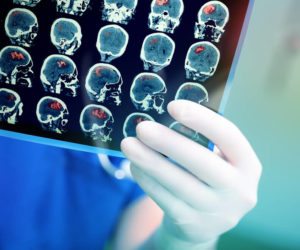 A Closer Look at the Link Between Alcohol and Dementia

The link between alcohol and dementia was explored in an article published on The Lancet. The study found that as many as 56.5 percent of the group with early-onset dementia had alcohol use disorder or was abusing alcohol. This strong connection between alcohol abuse and dementia is another in a long line of problems caused by excessive drinking.

In this article, we will take a closer look at brain damage from alcohol, specifically exploring the connection between alcohol abuse and dementia.

The Facts the Study Revealed

The study was conducted between 2008 and 2013, using the research provided by the French National Hospital Discharge records. Of the total 31.6 million people discharged in this time, 1.1 million of them were also diagnosed with dementia. Out of this group, 57,000 had early-onset dementia.

The group being studied was then broken down to people who had abused alcohol to the extent that they had to be hospitalized and those who had the medical definition of alcoholism. Those being hospitalized for excessive drinking that also had early-onset dementia numbered 22,338, or 38.9 percent, and those with alcoholism numbered 10,115, or 17.6 percent.

The data revealed that the link between alcohol and dementia was not limited to one gender as both were affected equally. Overall, those with alcohol use disorder increase their risk of developing all types of dementia by as much as three times.

An actionable response to the study would require that individuals be screened for heavy alcohol use in any normal medical exam. This should be done in order to provide the person with treatment and intervention to help prevent the onset of dementia. The link between alcohol and dementia is high enough to warrant a possible policy change concerning alcohol abuse risks for the general public.

The Extent of the Problem

The head of Alzheimer’s Research UK, Dr. Sara Imarisio, said that most people are unaware that even moderate alcohol consumption is a concern. She said that most people think that only when you end up in hospital is there risk of damage. However, previous studies suggest that even moderate amounts of alcohol consumption can negatively impact a person’s mental health.

Brain damage from alcohol abuse is irreversible. This means that the higher risk of developing dementia from drinking is not reduced when a person decides to stop drinking for a time. This information has become clear in smaller studies in the past, but partly ignored by the public due to counter information leading people to believe that moderate drinking is healthy for you.

There are hopes that as more large-scale studies are conducted showing the negative effects of alcohol use, stricter laws and better public education will be the result. However, there are things that you can do to stop the damaging effects of alcohol abuse.

Prevention is the only real way to stop the increased risks of permanent damage. Educate yourself and your loved ones on the risks involved with heavy drinking.

If you or someone you care about is already abusing alcohol, then the sooner the abuse stops the better. The link between alcohol and dementia is clear, shown by the largest study of its kind ever conducted. If you or a loved one is struggling to stop alcohol abuse, get in touch with WhiteSands today at (877) 855-3470 to get professional help for addiction.