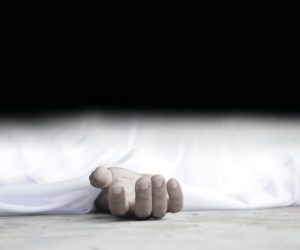 There is a flood of statistics coming out from the CDC and other private and government agencies about the state of the opioid crisis in the US, such as 115 people dying as an average every day because of opioid abuse. Another startling statistic has emerged by the CDC showing that in just one year, the opioid overdose deaths rose by 30 percent.

Opioid overdose deaths are up across all of the states, but some have been harder hit by the opioid epidemic than others. Overall, the total number of deaths linked to opioid abuse in 2016 is estimated to be a little over 64,000, with the CDC reporting the most accurate figure. The acting director of the Centers for Disease Control and Prevention, Anne Schuchat, said that they get most of their information from emergency room data, citing that just be looking at this data, the rise in opioid overdose deaths is obvious.

The Midwest, including Indiana, Missouri, Wisconsin and Illinois, had one of the biggest increases in opioid overdose deaths with a reported increase of 70 percent for 2016. Wisconsin was the hardest hit Midwestern state with a staggering increase of 109%.

What Else Did the CDC Study Say?

The opioid epidemic is being closely watched by many government agencies. The life-toll statistics that the CDC has collected show what the end result of the opioid crisis in the US really is.

All of the major regions in the US have been heavily affected by the crisis. A region statistical breakdown is as follows:

The increase was not limited to a certain gender nor age group; all age groups and both genders were affected by the sudden increase in deaths. Overall, the 35-54 age group saw the biggest increase in fatal overdoses, which was at 36 percent for the year.

The only state that had a significant decrease in deaths from opioid overdose was Kentucky, which dropped 15 percent for the year.

An overdose on opioids happens in two ways: either through taking an extremely potent opioid such as fentanyl, which can’t be properly measured with just the eye, or from a lowered tolerance and subsequent relapse.

Fentanyl is said to be as much as 50 to 100 times more powerful than morphine – the opioid used to treat soldiers on the battlefield for pain. Its potency, especially when combined with other drugs, can cause a person to overdose because they are unable to properly gauge the level of potency.

Thankfully, opioid abuse and addiction can be treated. Through a combination of medications and therapy, even a severe dependence to opioids can be effectively treated. If you need to find help for yourself or someone close to you for substance abuse, then get in touch with WhiteSands today at (877) 855-3470.