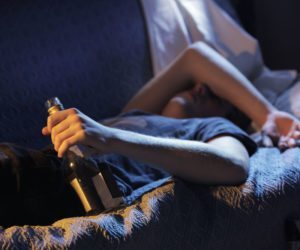 According to the underage drinking statistics collected by the Substance Abuse and Mental Health Services Administration, teenage drinking has reduced slightly from 7.7 million in 2015 to 7.3 million in 2016, but these numbers still reveal the massive scope of the problem that affects America’s youth.

To better understand why the alcohol statistics are so high for teens, we will take a look at the causes of teenage drinking. The most common reasons found for underage drinking are as follows:

Thankfully, there are several research-driven treatment methods that can effectively treat teens for substance use disorder. At a rehab center such as WhiteSands, where they are equipped to treat teens, a combination of alternative treatments and traditional therapy is provided to guide the adolescent through their recovery process. Outpatient programs are also available to help teens who can’t afford to take any time away from their schooling.

Withdrawal from alcohol can be dangerous. As such, a patient can be closely monitored during the process to make sure that any complications are dealt with quickly and effectively.

Once the teen has finished with their treatment, further management will be required, such as gong to support group meetings once a week.